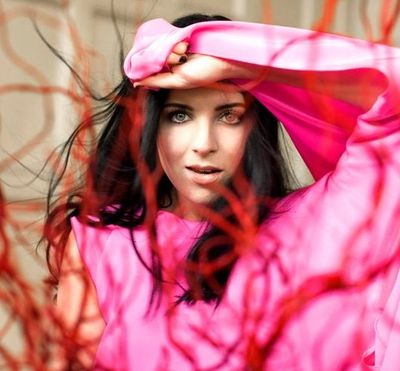 You may remember that I alerted you about Clare Maguire in my first CNN segment last month as one of the most exciting new acts to watch in 2011.

After the stunning "Ain't Nobody," the Birmingham singer returns in February with her follow up single, titled "The Last Dance," that is one of the first big promising hit tracks of 2011. Listen to "The Last Dance" below and be moved. It's that voice. That delivery. That truth.

The song is taken from her fortcoming debut "Light After Dark" and it is one of the most personal tunes on the album. Clare wrote "The Last Dance" the day after her childhood hero Michael Jackson passed away. "I was a huge, huge, huge fan of his," she says in a recent interview with Blackbook.

Not only was writing "The Last Dance" a way for the singer to cope with the untimely death of her childhood hero, it was also a way to vent about the misplaced rumour and innuendo that immediately followed Jackson's passing.

Clare wrote me earlier today to let me know that the video for the single is coming very, very soon. Keep your eye on this blog for updates.