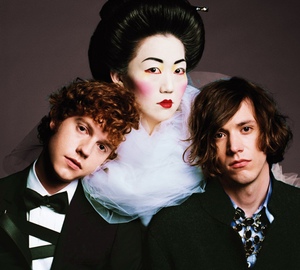 The more I hear Chester French's "She Loves Everybody," the more I love it. From the handclaps to the "tssss-aaah", and from its instantly recognizable bassline to that totally catchy chorus. The guys from Remix Artists Collective have revamped the song and created an excellent remix of the original that can best be described as indie-electro with its distorted drums, shimmering new synths, jagged guitars and a surprising piano around the 2:52 minute mark. Very, very good. This is my fave remix of the song so far, even outshining the much-hyped Neptunes remix. Download it now for free. Courtesy of MTV.

Behind The Scenes of Album Cover Shoot with Chester French

Long-time readers of ArjanWrites.com know that I've been writing about my pals of Chester French since late 2006 when they were still in college at Harvard. Since then, lots of things happened.

They signed with Pharrell's StarTrek label, made their big debut at SXSW, toured with N.E.R.D, released their first single, premiered their first video at MTV and now they are (finally!) getting ready to release their first LP while on tour with Lady GaGa.

"Love The Future" will be in stores on April 21. Mark the date and get a copy. Check out fun, little video of the boys at the shoot of the album cover featuring D.A., Max, a geisha and a totally fabulous stylist. See the fun that ensues. Belissimo!

Here it is. Finally. Chester French's debut video for their single "She Loves Everybody." Directed by Paul Hunter. Watch it for a minute and then it will hit you. It's smashing.

You can tell they had fun making this video. Congratulations, guys! I know this has been long in the making and now finally you getting your airplay on MTV and MTV2. I'm stoked for you.

Check out some exclusive photos from the video set after the jump. 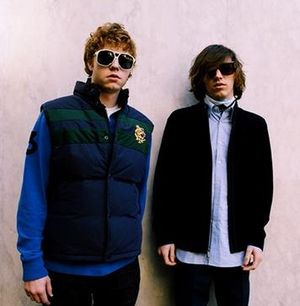 You might have already caught the news about the upcoming tour of Chester French and Lady GaGa. The two emerging Interscope acts will be sharing the stage in a dozen North American cities in March and April.

Having Chester French and Lady GaGa tour together seems a little random. They're a bit of an odd couple, but their teaming might spark something interesting on the road. Lady GaGa might go Harvard chic, while the boys of Chester French might bring out the fishnet stockings. Oh la la. They're both mental enough to have fun with it.

Catch all the tour dates after the jump. 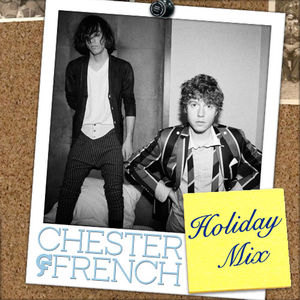 ArjanWrites friends Chester French have put together a mixtape of soulful and poppy gems to celebrate the brand-new year. D.A. and Max continue their tradition of compiling the tracks they found most inspiring this year. It is most definitely a year to reminder for the Harvard duo with lots of milestones. From their debut at SXSW to the nomination for the MTV ArjanWrites Award, and from the release of their first EP to their collaboration with Pharrell and Common.

I love the eclectic selection on this mixtape. It is clear these guys have a penchant for classic pop,  soulful grooves and timeless songwriter. Included on the mixtape are:

(A special message from D.A. and Max after the jump.)