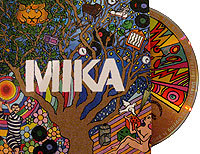 Mika told me that "Grace Kelly" is the song that eventually got him signed to a major label. After record label executives first heard Mika's distinct pop sound, they refused to believe it could sell well. However, the success of bands like Scissor Sisters slowly changed their tune. In the meantime, Mika started to work in the Bee Gees' studio in Miami and recorded "Grace Kelly. "I wrote 'Grace Kelly' as a screw you song to those label people that wanted me to change who I was," Mika tells Arjanwrites.com. "But ironically, one year later, it was the song that got me signed!"

Enter a random drawing to win the very exclusive Mika EP after the jump. Contest will close on January 7, 2007. 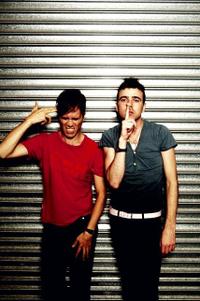 To celebrate the release of The Presets' "Beams," Arjan Writes is giving a a very cool prize package that includes a "Beams" CD, button pack, t-shirt and tote bag. Hot or what? Click here to register to win. In the meantime, check out a full-length stream of "Beams" on AOL Music. If you're into The Presets, you can also catch them perform live when they come to a city near you together with Ladytron. Get the tour dates here. 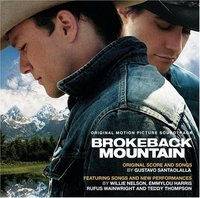 It's the season to be jolly! Arjan Writes is giving away a few copies of the gorgeous "Brokeback Mountain" soundtrack together with Verve Records. Click HERE to register and have a chance to win.

Don't forget that there are two other Arjan Writes contests running as well. Click HERE to have a chance to win a JBL iPod loudspeaker dock, and click HERE to win a pair of those sexy Play iBoxers. 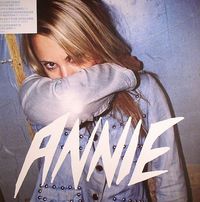 More stuff for you to win! I have a limited edition vinyl copy of Annie's "Anniemal" and a bunch of remix CD singles of "Heartbeat" to give away. In order to have a chance to win, listen to this hit snippet and email me the name of the track and the band performing the song. Here is a little clue: Both Annie and this group have made Norwegian pop history.