Listen to Camela "So Sad" 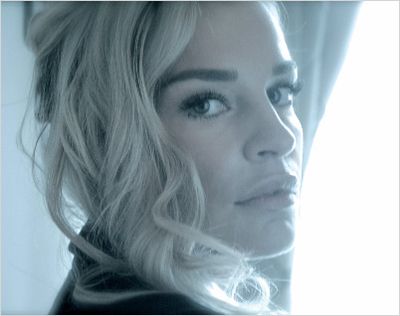 It is no secret that Sweden has been the breeding ground for some of the best pop melodies ever written. One of the country's stalwart performers is an artist by the name of Camela who you may remember as the lead singer of '90s rock band Dead Starlet.

Ten years after leaving the group, she is now back on top of the Swedish pop chart with her solo debut, "Time Heals Nothing." A rather bleak title to a set of intensely personal songs.

Check out the second single taken from that album that is titled "So Sad." The song features not only an instantly arresting melody, but it is also beautifully performed by the songstress. It is swooning pop with a bit of a country twang. It may not immediately strike your fancy, but give it a spin. It may just melt your heart. Video after the jump.