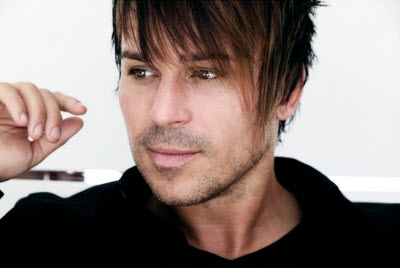 Wow. This new BT single has been oh-so worth the wait.

For the past four years, the acclaimed electronica DJ/producer as been working on his forthcoming new double LP "These Hopeful Machines" which is the long-awaited follow-up to his critically-acclaimed "This Binary Universe."

I don't think BT (aka Brian Transaeu) needs much of an introduction. But just in case - he has produced music for Madonna, N*Sync, Sting, Britney Spears and Tori Amos. The savvy soundboard craftman also has composed movie scores for flicks like Go and The Fast & The Furious, and he received a Oscar nomination for his score of Monster.

This new single, titled "Suddenly," is a signature BT track that pulls together pop, electro and even some rock elements to create one epic, dynamite brew. It's a dance floor anthem that will surely climb up the pop charts in Europe and Asia as well. No doubt.

He created part of "Suddenly" in Breaktweaker, a new software packagwe he developed to make things sound exactly like he wants to.“When examining my creation process, it makes perfect sense why I am a forced technologist,” he explains in a press release. "I frequently face the fact that the tools I need to compose music simply don't exist. It is like being an architect without bricks or mortar. I routinely create my own bricks and connective tissue as the diving off point to the compositional process." (Click here to purchase "Suddenly" on iTunes.)