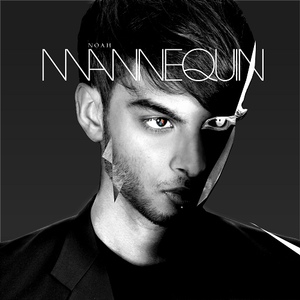 ArjanWrites.com discovery Noah has finally released his much-anticipated debut single "Mannequin." The song is taken from his debut LP "Human Geometry" that is slated for a release this summer. Noah's music invokes memories of early '90s pop, dance and electro with its subtle electro beat, unconventional song structure and Noah's soulful, distinct vocals.

Born in Dubai, Noah currently lives in Ottawa, Canada.  He started his musical career taking classical piano lessons as a teenager. Over the years, his piano study evolved into a more electronic-tinged sound and interest. "Growing up around choirs that put a very choral, traditional and now even antiquated approach to songwriting in me," Noah writes. "I also strongly believe that the long progressive dance songs we hear now are an extension of classical pieces with different movements.”

Listen to Rochelle "Chin Up" 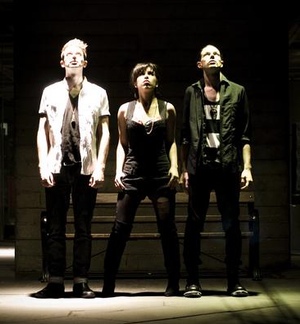 Listen to "Chin Up," a brand-new track by sassy British newcomers Rochelle.  "Chin Up" is a totally fun pop track with its pulsating electro beat, Lydia's cheeky vocals and a hook laden chorus that will have you spinning around and around.

The track was produced by the guys of Manhattan Clique who earlier remixed popular tracks for Moby, Kylie Minogue, Goldfrapp and Katy Perry, and who are driving a new movement of British pop that includes acts like Rochelle and Superjupiter.

"Chin Up" will be released as a single in the U.K. on April 13. Look out for remixes of the track by A1 Bassline and Andy George, which recently premiered on Pete Tong's BBC radio show.

The Pussycat Dolls Do Slumdog Millionaire 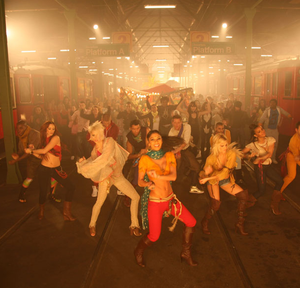 In an attempt to re-capture the global charts, The Pussycat Dolls decided to ride the Slumdog Millionaire wave and record their own version of the movie's Bollywood finale "Jai Ho." Super-producer Ron Fair (Fergie, Christina Aguilera) produced the lead vocals for Nicole, whose voice blends with that of Oscar winning composer A.R. Rahman.

“It’s an honor to be able to collaborate with A.R. Rahman and be a part of the Slumdog Millionaire project in any way," The Dolls' Nicole Scherzinger says in a statement. "The movie, the story, and the music was a gift and very spiritually uplifting for me. I can only hope and pray Slumdog Millionaire, and my version of 'Jai Ho' touches and connects people all around the world.” (Click here to purchase PCD's "Jai Ho" on iTunes.)

Listen to The Bleach Works "Something About You" 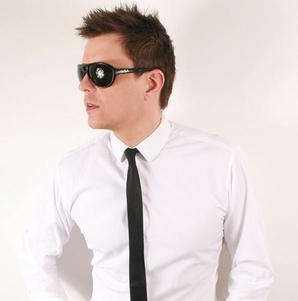 Remember British boyband BBMak? Yes, exactly. They were that pretty boy trio that hit the top of the charts in 1999 with "Back Here," while making the hearts of teenage boys and girls beat a little faster. After the group failed to continue the momentum of their first single, they decided to break up in 2003.

Lead singer Christian Burns went on as a solo singer and back up vocalist. Most noteably, he was featured on Tiesto's dance pop smash "In The Dark" in 2007.

Now, Burns is back with an exciting new solo project called The Bleach Works. Head over to The Bleach Work's MySpace page to listen to "Something About You." It a potent pop-rock anthem with flaring guitars vamps, melodic synth effects and Burns' gifted vocals. It is a lot of more rock than pop, yet still very radio-friendly.

Listen to The Bleach Works "Something About You" 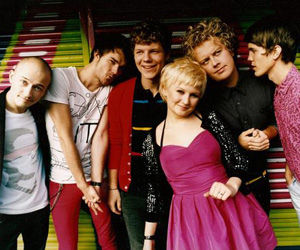 Those happy-go-lucky boys and girls of emerging Danish pop outfit Alphabeat did a nice, little acoustic reinterpretation of Daft Punk's "Digital Love." Pretty gutsy, but it works out pretty well. Not as major as the original, but a worthy cover. Listen to it after the jump.