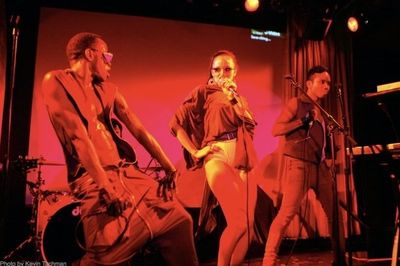 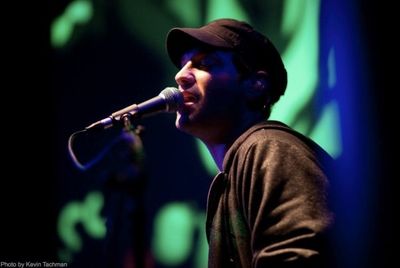 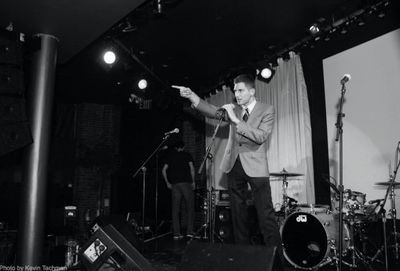 A Night to Remember: SUPERFRAICHE at Canal Room Last Night

What a great night it was! Thanks for everyone who came out to the first SUPERFRAICHE New Pop Music Showcase last night. Hope you enjoyed it as much as I did. (Check out PHOTOS of the event right here. Courtesy of Kevin Tachman.)  [photos]

A big, big, big thank you to all the artists who came out to support and play the showcase. I also want to thank Shantell Martin who created amazing sketch projections to create a unique visual backdrop for each of the songs performed. Amazing! I also would like to give a shout out to Brad Taylor, Marc Katz and the fine folks at Canal Room for helping to make SUPERFRAICHE happen. You guys rock!

Avian X [photos] opened the show last night, playing a potent blend of pop, rock and electronica. She fired up the crowd in her sassy yellow-black outfit. I had not seen Avian perform live yet, but boy, does she have a great stage presence. Love "Dark Circles." Such a mesmerizing track.

Following Avian X, Canadian elecro-pop singer Noah [photos] jumped on the stage for a medley of songs. And WOW. Noah is like a little firecracker on stage. Jumping up and down, and sporting some slick dance moves. This guy is going places. People in the crowd were really impressed by him.

Emerging dance-pop singer Kaci Battaglia [photos] followed with two songs, including her debut single "Crazy Possessive" that is gaining some serious momentum in the clubs and will surely be a massive Billboard hit later this summer. Kaci is not only an impressive singer, but also a gifted entertainer who knows how to feed off the energy of the crowd and throw it right back at them. The hotness! Kaci performed with two female dancers for a non-stop dance routine throughout the two songs, really hyping up and entertaining the crowd. I was so impressed by her. Incredibly superfraiche!

Next up was Scott Simons [photos], a talented singer/songwriter from Los Angeles who I've been blogging about ever since I heard his YouTube cover of Rihanna's "Umbrella." This guy is so incredibly talented. It just drips right off the stage. So good. Playing the keys, he shared the stage with a drummer to keep the pace. He played a medley of songs including "Start Of Something" and of course "Umbrella."

Kate Havnevik [photos] followed Scott and gave the crowd a dose of her crunchy Nordic pop. Most people in the audience were not familiar with her, but compared her to Bjork, Imogen Heap and Regina Spector. All great comparisons. She definitely is able to invoke that mesmerizing, dreamy quality of her music on stage, which is quite an accomplishment.

When I introduced the next act, the word that I used to describe them was "outrageous." And I meant that lovingly. Fritz Helder & The Phantoms [photos] are the fiercest, most ferocious and most fabulous pop creatures I've seen in a long, long time. OMG. No lie. The energy they deliver on stage is friggin' tremendous. Think Black Eyed Peas, but a lot more edgy, sexy and totally rocking.They had the crowd on their feet, turning the showcase into a real mini concert. Couldn't get enough of them.

Del Marquis and Embryroom [photos] closed the night around 11:30 pm. Del unfortunately had a bad case of laryngitis but he flawlessly pulled of a great gig. Del's material is so eclectic and so incredibly well-crafted. I love his vision for the music that he expressed with abstract screen projections that played in the background. He performed "Litter To Society" and "Character Assassination" among others.

Lind$ay Luv [photos] played in between sets a fine blend of fresh new pop plus some golden oldies that always get a crowd moving. Thanks Lady Luv.

My pals of Dangerous Muse [photos] made an appearance as well spinning two of their new songs, including "I Want It All" and "Homewrecker." Their new music has a fuller, more polished quality. Can't wait to hear more of the record that is now finally done.

Last night's SUPERFRAICHE showcase was absolutely amazing. I'm putting together a recap of all the artists plus photos that I will post later today. In the meantime, check out this MTV Logo interview with SUPERFRAICHE performer Noah. 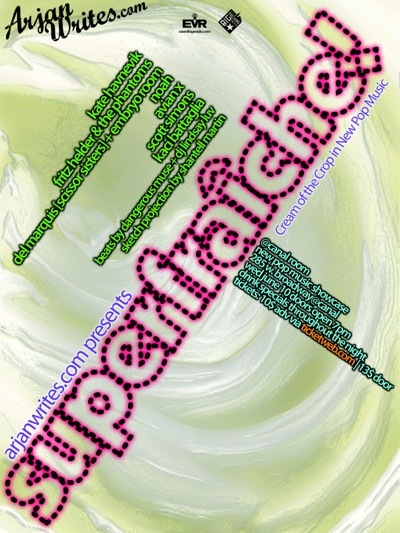 Today is the day! Superfraiche is here! It will be a very special evening presenting the cream of the crop in new pop music. Del Marquis, Fritz Helder & The Phantoms, Dangerous Muse, Kate Havnevik, Noah, Scott Simons, Kaci Battaglia, Avian X, Lind$ay Luv and Shantell Martin are ready to go. Hope to see you there! 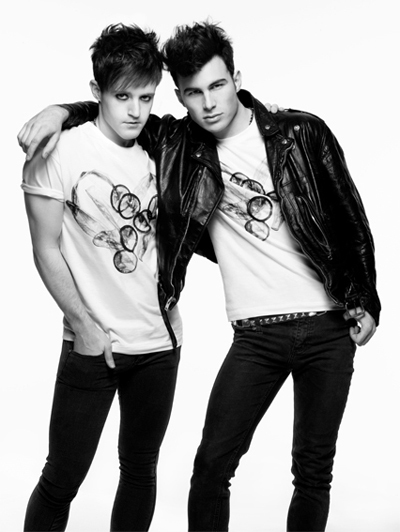 Emerging New York electro-pop sensation Dangerous Muse announced today that they will be premiering some brand-new music at ArjanWrites' Superfraiche New Pop Music showcase on Wednesday night, including their upcoming, much-anticipated new single. Make sure to get your tickets now to meet and greet Mike and Tom from Dangerous Muse and to hear their new music. Should be a jolly pop there! See you there!