She's such a star.

Check out the brand-new video for Anouk's new single "Three Days In A Row" that I exclusively premiered in North America earlier this week. The song is a potent slice of rock 'n raw that spotlights Anouk's larger than life vocals. Putting Anouk front and center, the video shines in simplicity and was modeled after the video for "Michel," one of her earlier hits in Europe. The gentleman featured in the video is Anouk's real-life boyfriend.

U.S. Exclusive: You Must Listen to Anouk "Three Days In A Row"

Holy moly!  Anouk never ceases to amaze me. After more than ten years in the music biz, the singer still reigns at the top of her game. She once again serves up a fresh new sound on her new single that is incredibly compelling. You must check out "Three Days In A Row," a stellar poprocksoul stomper of epic proportions. The song is taken from her forthcoming new album "For Bitter Or Worse" that will be released on September 18.

The record was written and produced by Anouk herself in collaboration with Tore Johannson who is mostly known for his work with Franz Ferdinand. The Cardigans, aha and Melanie C. Anouk's laser-sharp musical instinct combined with Johannson glossy production skills has resulted in a slice of pure pop-rock bliss. She turns the conventional song structure up its head and rips it up around the 3:20 mark. "Three Days In A Row" perfectly showcases her larger-than-life vocals. Amazing. Chills up and down my spine. This is some serious rock 'n raw.

What I respect so much about Anouk is that the singer is never afraid to take risks. In fact, she thrives on them. To go out there, to go left-field and surprise us with something new, never being formulaic is what makes her tick. Anouk is a force of nature. A force to be reckoned with. Listen and be amazed. Go tell your friends, family, neighbors and everyone else. 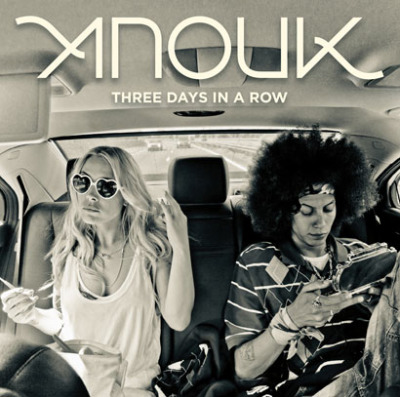 Dutch rock icon Anouk rips it on her new single "Three Days In A Row." Going all Joplin on us. Check out a live performance of the song from this past weekend. Anouk werks it out. Dang, girl! Have a look. Scroll to the 3 minute mark for the pure Anouk goodness.

Dutch rock goddess Anouk has returned with some brand spanking new music. Listen to her new single "Today" that she co-wrote with Tjeerd Bomhof from emerging Dutch pop-rock outfit Voicst.

The song is signature Anouk with its straight-up, no holds barred lyrics about living it up in the here and now that are sprinkled over a catchy, power-pop tune. With flaming guitars, a stomping backbeat and a rocking '60s-inspired arrangement, the song echoes the vibe Anouk introduced in 2007 with the critically-acclaimed "Good God."

If it is up to Anouk, the good times will roll. Every day of the week. Starting today.

Video Premiere: Anouk "If I Go" 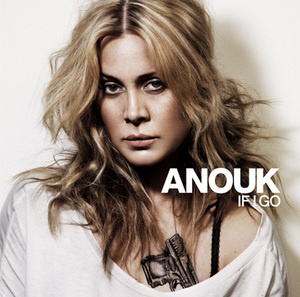 Anouk's "If I Go" is one of the most potent tunes on her most recent album "Who's Your Momma." Driven by a blazing pop-rock melody, the spitfire rock chick gives her lover a piece of mind like only Anouk can. She embodies the full spirit of rock 'n roll. Bold, daring and straight up.

"You need to take a good look at yourself 'cause I'm about to close up shop. If you need a servant go find someone else. It's time to step," she sings in uncompromising terms while sticking up her middle finger right in his face. You better not mess with her.

The video for the song was shot at the Gelredome arena in The Netherlands where the singer performed multiple sold out shows in March. One of the concerts was recorded and is now available as a special DVD package. While watching the video for this new single, I just wonder how much more good music she needs to put out before the world realizes she's the real thing? Give her that big break already! (Click here to download "If I Go" on iTunes.)