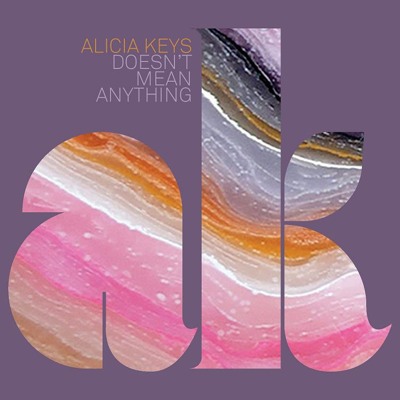 When Alicia Keys released her sublime debut LP "Songs In A Minor" back in 2001, I was blown away by her raw and unfiltered musical talent. The album showed that Keys was not only a great singer, but also a gifted songwriter who knew how to come up with a hook that could entertain millions.

But ever since that first record, I felt that the releases that followed were disappointing. They were bland and, quite frankly, didn't make a lasting impression on me. Sure. They were very well crafted and sold millions but it seemed that so much of it just faded away into the background. Just like stuff that plays in Starbucks stores around the country if you know what I mean.

Keys' brand-new single "Doesn't Mean Anything" is an unexpected surprise that indicates a welcome new direction for the singer/songwriter. Driven by a gorgeous piano riff, it is a near perfect blend of a power ballad and a mid-tempo love song that marks her poppiest work to date. Instead of getting trapped in intricate vocal acrobatics, a soulful Keys sticks to the song's melody, which does the production fully justice. Very curious to hear her new album.