arjanwrites.com: Looking Back at Attending The GRAMMYS for A Decade (So Many Great Memories)

« Discovering the History of the American West | Main | Life Update: It's The Journey That Matters In The End » 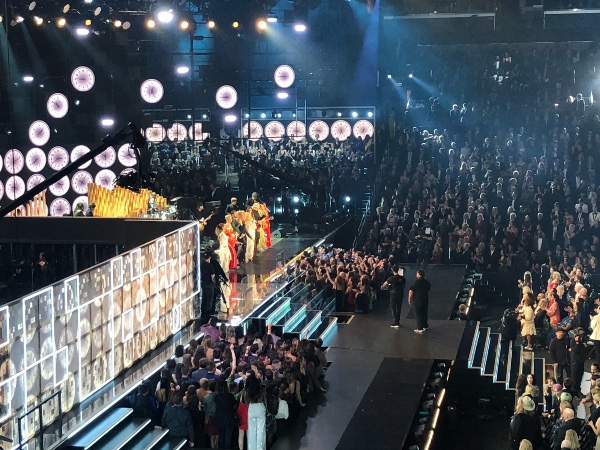 My view of the Dolly Parton tribute at The GRAMMYs tonight

I just returned from Staples Center here in Los Angeles where artists, fans and the music industry at large celebrated the 61st GRAMMY Awards. The annual event hosted by The Recording Academy and CBS truly is Music's Biggest Night. For over 6 decades now, The GRAMMY Awards celebrates the finest in music for a mainstream audience. Tonight's show was particularly special with its emphasis on diversity - in representation and musical performances. Once again, the show's producers came up with some fitting and gutsy pairings that will be memorable beyond tonight.

Tonight also has a special meaning to me. It's the tenth year that I'm attending the GRAMMYs. For the first few years, I covered the GRAMMYS backstage for The Recording Academy while blogging and live-tweeting the proceedings. I will never forget when I received the call from The Recording Academy with an invite to take part in covering the show for them. It was an incredible experience to have so much access and get a peek behind the scenes. I covered the GRAMMY telecast, the pre-telecast (where a lot of the awards are being handed out) and I spent time in the press room during the show to ask nominees, presenters and winners questions along with many mainstream outlets. It was an incredible learning experience and I will forever be grateful to the social media team at The Recording Academy for their trust and the opportunity. I freelanced for them for 5 years covering the GRAMMYs thru 2014.

There are so many great moments I can remember from the last decade. Lady Gaga's performance with Elton John opening the 2010 telecast definitely stands out. Another pairing to remember was the teaming of Madonna with Macklemore & Ryan Lewis in 2014. I also loved Bruno Mars' performance of "Nothin' On You" and "Grenade" alongside Janelle Monáe and B.o.B. in 2011. A personal highlight for me was a video series I made for The GRAMMYs in 2015 with artists like Ed Sheeran and Robyn. What I treasure most about a decade of GRAMMYs is spending time in the press room and having the opportunity to be around the artists that just had won. To share the excitement and career-defining achievement with them is such a humbling and gratifying experience. 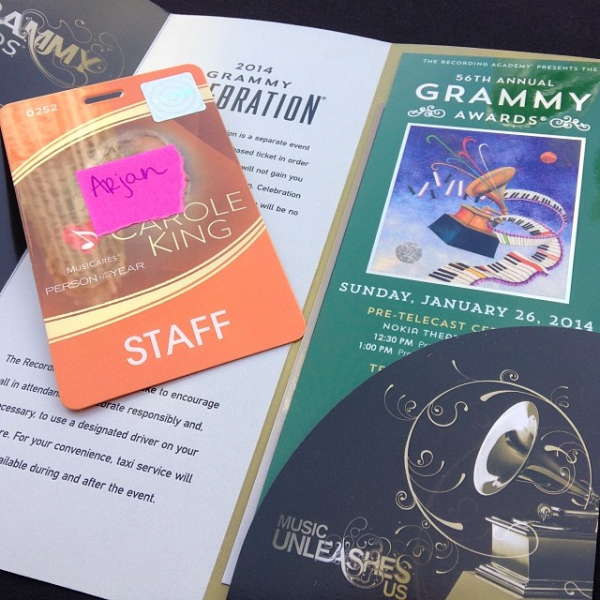 In recent years, I've attended the GRAMMYs as a member of the professional music community - not as a writer. I experience the show differently now. There's no need to blog or live tweet but I get to enjoy the show along with other viewers. The telecast is known for putting together unique pairings of artists - entertainers from different generations and/or different musical backgrounds. This year that was no different. From Post Malone who was paired with Red Hot Chili Peppers to Dua Lipa who performed with St. Vincent and from Travis Scott who teamed up with Earth, Wind & Fire, and Dolly Parton who duetted with Miley Cyrus, Kacey Musgraves, Katy Perry, Maren Morris and Little Big Town. So cool.

I was super happy to see such a great representation of LGBTQ artists and their allies across the spectrum. I was really blown away by Brandi Carlile's performance. She delivers such a raw and emotional intensity to her performance. It's practically impossible not be moved by her music. Janelle Monáe was supreme with her Cindy Mayweather-esque performance of "Make Me Feel" (a funked up pop romp co-written by Justin Tranter and Julia Michaels). Lady Gaga rocked the house alongside Mark Ronson with the award-winning "Shallow." Dua Lipa and St. Vincent got close for a lady-loving mash up of "Massseduction" and "One Kiss" Very, very cool. The Dolly Parton tribute was everything I hoped it would be with Parton clearly showing the icon she truly is. I was also excited to see Linda Perry getting some camera time. She was nominated for Producer (Non-Classical) GRAMMY Awards that ended up going to Pharrell.

Anyways, my head is spinning of this year's GRAMMYs show and I'm equally nostalgic about having been to the GRAMMYs for a decade. Pretty nuts to think I've done that but I cherish the memories.