« Review: Pop Newcomer Liz Unveils Video for 'All Them Boys' (And We Love It!) | Main | A Few Words about Why Kaskade's Redux Deserves to be Its Own Genre » 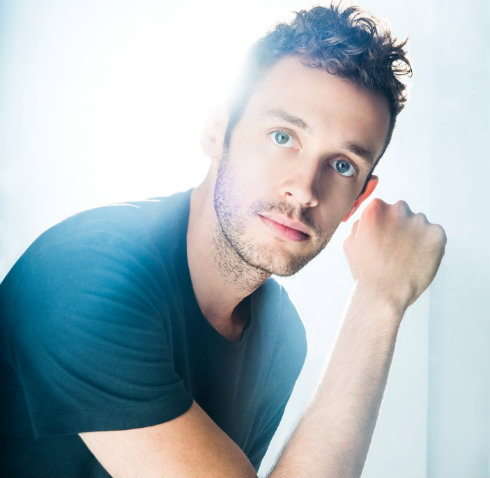 Pop can use some fresh new voices and Wrabel is one those exciting newcomers to keep your eye on. After writing songs for others (including Adam Lambert and 2AM Club), the Long Island born pop crooner is stepping into the spotlight with the radio-ready "Ten Feet Tall." The track received a fitting make-over by Afrojack who upped the euphoric quality of the original without changing its heartfelt meaning. Afrojack's version of "Ten Feet Tall" featuring Wrabel is the lead single from his forthcoming debut album "Forget The World." The song is gaining momentum and currently climbing up the charts on both sides of the Atlantic.

Written by Wrabel in partnership with Chris Braide, "Ten Feet Tall" is a wonderfully performed love song that perfectly captures that feeling of butterflies when you first fall in love. People everywhere will be able to relate to Wrabel's story about love making you feel so big that you feel that you can accomplish anything. He sings, "Trying so hard not let it show/but you got my feeling like stepping on cars, building and boats/I swear I could touch the sky."

Wrabel turned to Sherif Higazy, Abdo John Hajj and their Homage Arts production firm in downtown Los Angeles to film a music videos for his original version of "Ten Feet Tall." The result is a video that beautifully brings the message of the song to life. Set in a dark warehouse, the video shows Wrabel performing the song on piano surrounded by a miniature city filled with skyscrapers. While performing the song, all four seasons hit the city with fog and rain pouring down on the construction until the sun breaks through at the end of the song. That moment of sun and serenity bring the song to a peaceful ending just like Wrabel intended.

Wrabel's original production of the song will be featured on his own full-length release plus on the forthcoming installment of NOW That's Music. Look out for more of Wrabel's music that he worked on with producer Jim Eliot, Dan Black and others. Until then, make sure to pick up Afrojack's "Forget The World" when it's available on May 19 via Island Def Jam. (Listen to Afrojack featuring Wrabel "Ten Feet Tall" on Beats Music now.)