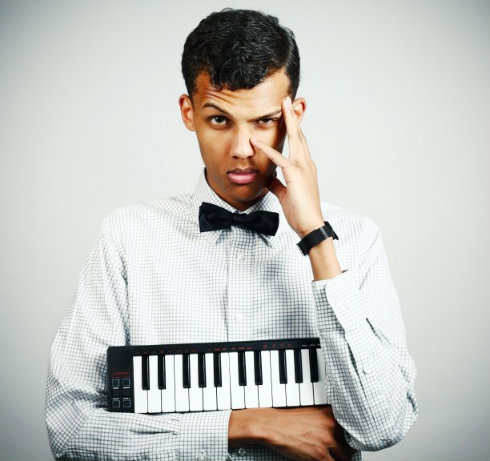 Pop fans with a taste of what comes from abroad are surely already tuned into to Belgian chart sensation Stromae who is on the verge of global stardom with "Papaoutai." First released early 2013, it's a mightily infectious French-language pop confection that is totally fit for summer. The song has already gone multiple platinum all over the European continent and now the U.K. is starting to pay attention as well. North America may be next to get infatuated with Stromae. Republic Records is fully on board and is testing out to see if a French-language single could stick stateside.

It's extremely rare for a foreign language song to climb the pop charts in America but there's a precedent. Los Lobos had a number one hit with "La Bamba" back in 1987, German rock outfit Nena scored big with "99 Luftballons" and Mocedades had a top ten hit with "Eres Tu" in 1974.

A bit of background on Stromae for the uninitiated: After a Catholic schooling marred by the loss of his father, the Rwandan-Belgian Stromae (aka Paul Van Haver) began to make a name for himself on the fundamentalist hip-hop scene in Brussels, working in a fast food restaurant to fund his first maxi single. He had his breakout hit a few years ago with the seminar dancefloor stomper "Alors On Danse" that hit number one in fifteen countries and was later remixed by Kanye West.

"Papaoutai" is an intensely personal song that is about the early loss of Stromae's father. He sings in the chorus of the song, "Where are you, papa?/Tell me, where are you papa?/Without even talking to him,he knows what he did wrong." That is followed by some universal wisdom when he concludes, "Everyone knows how to raise a child/But no one knows how to raise a father."

The song took a while for Stromae to finish up. A press releases explains that the lyrics went through a number of changes. It started out as an expression of  anger he was feeling but he re-wrote the song multiple times to have the story of the song resonate with the theme of the album while "mixing the cultures and the sounds that made him who he is now."

To give Stromae a push forward internationally, Island UK released a brand-new version of "Papaoutai" that features female Chicago MC Angel Haze. She adds some spit and shine to Stromae's original that helps amplify the theme of the song. (Listen to Stromae 'Papaoutai' on Beats Music. The song is featured on the singer's Racine Carree that is available now.)