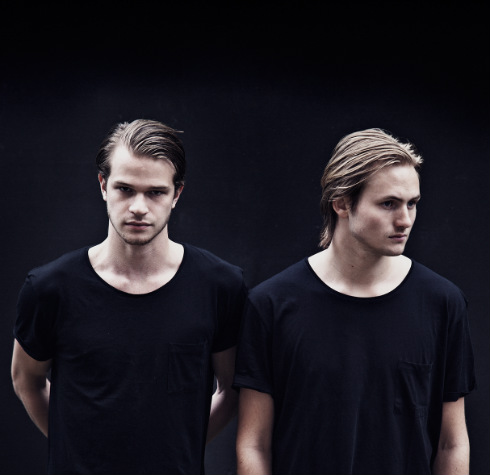 While on the topic of superb Swedish pop with the announcement of Robyn's new music today, it's a perfect time to also highlight Swedish DJ/production outfit Nause who return with a new single as well. Hause is the duo of childhood friends Jacob Criborn and Leonard Schejawho who first hit the scene in 2011 when they scored big with "Made Of" that was a massive, platinum-selling hit in Sweden.

The success of "Made Of" was followed by "Hungry Hearts" in 2012 that shot straight to number one on the Swedish pop chart. Since then, the two have continued to release a few more chart-topping singles in Sweden plus remixes for people like Afrojack, Tiesto, Britney Spears and Kaskade.

In the Swedish TV documentary series Heartbeats, Jacob and Leonard talk at length about the importance of going back to their roots and crafting big room house music after scoring big radio hits. Now, almost two years later, that experimentation with the club music that first brought them together has refreshed their artistic mojo and has led to another pop-savvy tune that will without a doubt appeal far beyond Sweden's borders.

Last week, Nause unveiled their new single "Head Over Heels" that features the vocals of Kurt Nilson. It's a fine slice of hyper-melodic dance pop that you can file right next to tracks by Avicii, Sebastian Ingrosso, Axwell, Alesso and many other of Nause's Swedish contemporaries who have made a lasting mark on the international dance and pop scene. No U.S. release date for "Head Over Heels" has been scheduled yet.