arjanwrites.com: Review: Pop Newcomer Liz Unveils Video for 'All Them Boys' (And We Love It!)

Review: Pop Newcomer Liz Unveils Video for 'All Them Boys' (And We Love It!) 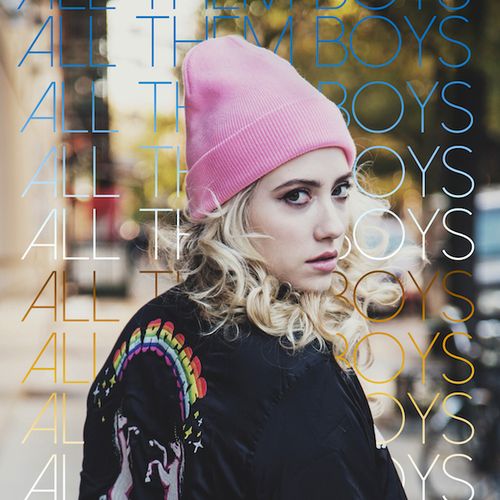 Liz gives us exactly what we were hoping for in the video for her new single "All Them Boys" that premiered moments ago. The track is a blazing slice of late '90s inspired pop and R&B, and the colorful video for the single goes perfectly along with that.

After being signed to Diplo's Mad Decent last year, this video for "All Them Boys" is Liz's first big look that feels like a kick off to something big. The track was produced Mr. Carmack & Colta (from "Get Fresher" fame) and is taken from the singer's new mixtape.

I shared recently on Facebook that I find pop music a bit stale right now. There's are no major new albums on the release schedule in the next few months. Perry and Gaga are about to head on tour. Miley, Bruno and Justin continue their tour trek around the world. There are no plans for a new Rihanna album anytime soon, and according to reports Madonna is working on ideas for her new record but nothing is on the calendar yet.

This leaves the door wide up open for a new star to emerge on the pop scene. There are few, fresh-faced candidates that may bubble up as the next big thing in the next few months. Liz is one of those newcomers to keep your eye on. Her sound is distinct and her performance is charismatic. With the surge of interest in deep house and other throwback sounds, this is a really great moment to revisit late '90s pop and turn it into something contemporary. Liz does just that. It's perfectly timed.

She tells Interview Magazine, "I grew up on Jimmy Jam & Terry Lewis and Max Martin. Anything they've done—I've been like, "Aahhhh!" I've always been a sucker for a great *NSYNC album, you know. I also can't forget Aaliyah, Ashanti, Mya, Craig David... they're some of my favorites. I think a lot of the music from that time period, like, early 2000's, was really overlooked."

She adds, "I think the soul element is missing. People want those catchy melodies back." We couldn't agree more. With pop hitting a bit of a rough patch, artists like Liz can revitalize the world's greatest genre.