arjanwrites.com: A Few Words about the Future of EDM and Porter Robinson's New 'Sea of Voices' 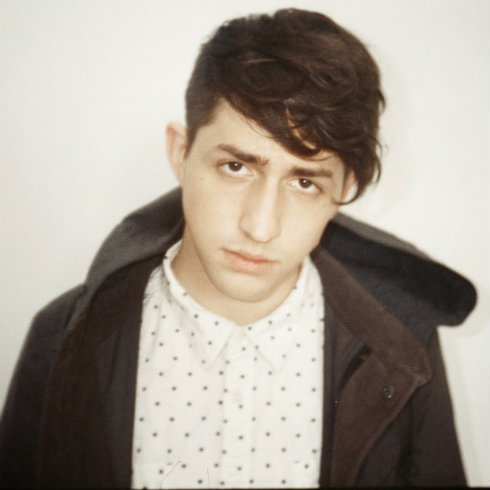 People often ask me what I think of the surge of EDM in America. Will it last? Is it just temporary? Is the global EDM movement just a big bubble that's about to burst? My answer to those questions is simple: Dance music is here to stay and will continue to dominate the U.S. charts for a long time to come. In fact, I believe the rise of EDM will cause fragmentation and open the door for many house music sub-genres to flourish. A whole new generation of kids is growing up to the sound of the EDM drop and they will be eager to discover more and deepen their love for dance music.

Disclosure is a great example of that. Besides from putting out superb music, I think it's safe to argue that part of the group's embrace by the mainstream is the public's renewed interest in dance music and a hunger for new discovery. As a result of their success, Disclosure has paved the way for many other deep house producers to find success in America including many artists that have been making deep house for years.

Traditional EDM DJ/producers are broadening their horizons as well to keep their fans hungry and to satisfy their own creative urges. Avicii was one of the first mainstream DJs to to leverage his EDM fame and infuse his brand of house with an exciting new twist. He premiered "Wake Me Up" at the Ultra Music Festival in Miami, FL last year that had many fans up in arms  — they did not understand the point of "that bluegrass-dance song." Now, almost 12 months later, "Wake Me Up" is one of the biggest dance hits in recent history and Avicii's bet paid off big time.

Porter Robinson is another great example of a popular EDM DJ who is looking to step beyond "the drop" and try something new without alienating his core fanbase. After crafting mighty trance tunes in his Chapel Hill, NC bedroom, Robinson surged to the top of the EDM pack with original tracks like "Unison," "Spitfire" and countless remixes. I chatted with Porter years ago at Virgin Mobile FreeFest and I was struck by his passion for the DJ craft. I figured it would only be a matter of time before a big pop star would scoop him up and ask him to produce her or his record.

But instead of going pop, Porter decided to pursue a different artistic direction. He turned down countless offers to spend a year devoting himself to a process of reinvention. "I only had the inkling of the idea that I wanted to do something different," Robinson explains in a press release. "I needed to do something that was honest and real."

He adds, "I figured that one way to develop a unique identity as an artist would be to combine all my favorite things in music — it would result in something that is really personal, a collective expression of my taste and experience. Something nobody else has."

That vision led to his forthcoming debut album, titled worlds, that he announced earlier this year with a 10-hour cryptic video and mysterious kaomoji characters. The first track Robinson shared from his new album is the fantastic "Sea of Voices" that brings his vision to life. It's nothing like the stomping beats and the mighty drops that marked his work to date. Instead he goes for a sound that is more introspective and experimental that has a lot of artistic value to it.

Check out the original version of Porter Robinson's "Sea of Voices" and the RAC remix of the song that ups the track's poppy sensibilities. His new album worlds is expected later this year.