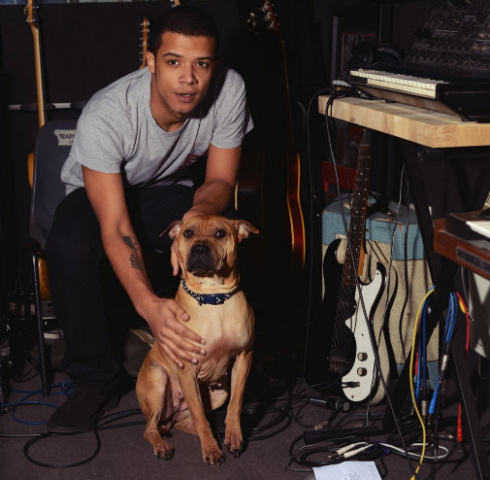 Frequent readers of this blog may remember that I first alerted you about rising new British R&B pop singer Raleigh Ritchie back in July. He seemingly popped out of nowhere with some impressive tracks on SoundCloud that led to immediate critical acclaim. GRAMMY nominee Kendrick Lamar got word about the young crooner as well and invited the newcomers to open for him on his U.K. tour last summer.

Ritchie just premiered the video for his new single "Stronger Than Ever" that truly is his poppiest moment to date. It's a moving and defiant ballad that will surely help him to secure BBC Radio One airplay and a firm shot at success in the UK singles chart.

A press release describes the meaning of the song in a bit more detail: "The film, like the song, encapsulates Raleigh's state of mind when he first moved to London at 17 and found the city so alienating that he started desperately yearning for the life he equally desperately couldn't wait to escape from in his native Bristol."

"Stronger Than Ever" neatly spotlights Ritchie's impressive songwriting savvy. It's a deeply personal song about moving on to brighter and better times by pursuing your dreams. It's a sentiment I'm sure many of us will be able to relate to. Think for example about how you felt when you first moved away from home to start a new chapter in life for work, school or to be with the one you love.

It's not about hating where you came from; it's about the need to spread your wings to embrace the opportunity of life. "Hate me when I'm gone, but I'll make it worth your while when I'm successful," he tells the people back in his hometown. "When I'm here I need your kindness because the climb is always stressful (. . . ) The world is at my feet and I'm standing on the ceiling."

The song is taken from Raleigh Ritchie's Black and Blue EP that you can stream on Beats Music soon.