« Listen to Brandyn Burnette 'Beautiful Beginning' (Acoustic Version) | Main | A Look Back: A Few Words About Some of GRAMMYs Most Memorable Moments » 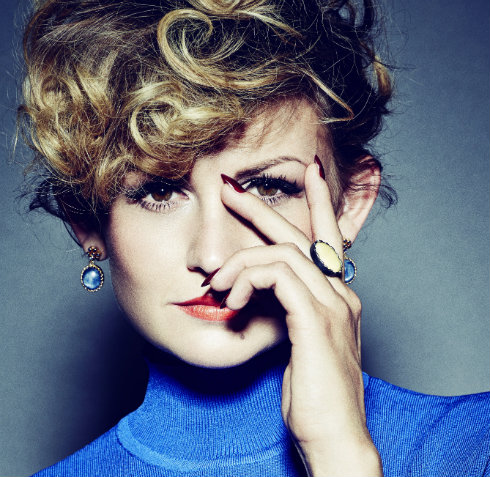 Some exciting things are bubbling on the European pop front for 2014, including some very exciting developments for Alphabeat's enigmatic frontwoman Stine Bramsen. She's about to embark on an exciting journey as a solo artist. Don't be alarmed though. Alphabeat is not breaking up (in fact, some of the group's band members are involved in her solo project), but the time has come for the Danish singer to try something new and go at it by herself for a little while.

Stine assures fans in a press release that her solo project is not the end of Alphabeat. "I've loved every minute so far being the girl from Alphabeat and I look forward to playing that role again. But I’m also really excited about telling my own stories, my dreams and my feelings," Stine says about the upcoming solo release. We applaud Stine for making this bold move to scratch her creative itch without leaving the massively brilliant Alphabeat behind.

Stine's first single is titled "Prototypical" and it's an intensely personal song ruled by a stomping beat that enables her to demonstrate her powerful vocals. “It's really a very biographical song," she explains in a press release. "I never thought that I would find someone who I would want to spend the rest of my life with."

She adds, "I honestly believed that that kind of love only existed in fairytales and not in the real world. And I had no idea that I wanted it. But it turns out I’m just as prototypical as everyone else." Look out for the single edit of "Prototypical" soon, but in the meantime enjoy the exclusive U.S. premiere of an acoustic rendition of the song. Watch and be moved. In the meantime, make sure to follow Stine on Facebook and Twitter. Go say here and tell arjanwrites sent you.