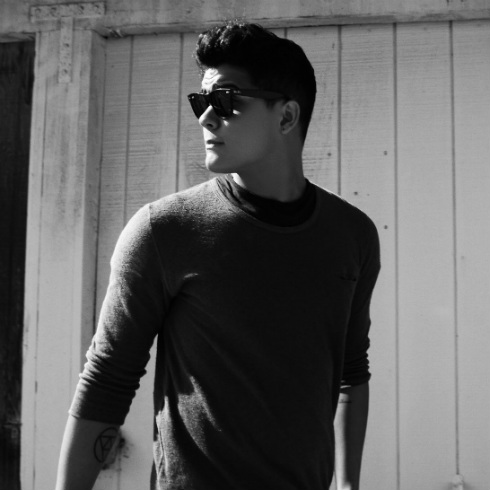 After first tipping you about the very talented Brandyn Burnette almost three years ago, things are finally coming together for the young pop crooner. He was signed to Warner Brothers Records by songwriter and former American Idol judge Kara DioGuardi who at the time served as the label's executive VP of talent development. But DioGuardi left Warner and things looked a little shaky for the burgeoning talent she recruited (including Jason DeRulo and Neon Hitch). Fortunately, Burnette continued to write, record and collaborate with a group of seasoned hitmakers out in Hollywood Hills to craft a solid catalog of songs.

A little bird told me that things are starting to move for the singer and that an EP will be released in February. To rally fans, Burnette is sharing tracks from his acoustic Punch Lines From a Scattered Mind mixtape every week until his official EP comes out. That release will be introduced by the radio single "Thanks For Nothing."

This week, Burnette is sharing an acoustic version of "Beautiful Beginning" to start 2014 off at the right note. "I co-wrote it with Jon Bellion almost 2 years ago around New Years in Long Island," he writes me. "I figured what better way to start releasing than with a song about starting over!" Check out the song in the player below and be moved by Burnette's raw vocal prowess and impressive songwriting savvy. I've said it before and I will say it again (and again): This kid is going places. Make sure you tune in early.