arjanwrites.com: A Few Words About Kylie Minogue's New Single 'Into The Blue' [Review]

« Watch Raleigh Ritchie's Stunning New Video for 'Stronger Than Ever' [REVIEW] | Main | Introducing Beats Music: A New Way to Experience, Discover and Share Music (Plus More about the Future of This Blog) » 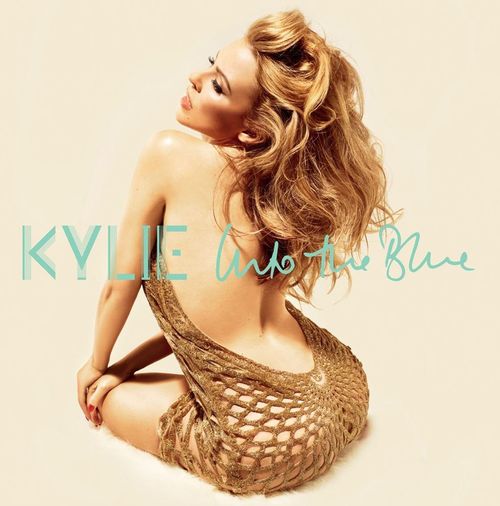 There's a curious case of Benjamin Button happening in the world of pop. Instead of getting older, our beloved Kylie Minogue appears to be getting younger by the minute. After a successful music career that spans over three decades (and surviving a battle with cancer), the Aussie pop princess is showing no signs of slowing down. In fact, she's ready to work and seems more energized than ever.

It's as if commercial success really doesn't matter that much to her anymore. Minogue just want to serve up great music for her fans. But surprise! By freeing herself from any stifling corporate expectations, she's making some very interesting artistic choices that actually put her ahead of the pop pack. Not only did she sign with a seasoned new management team in the US, she also started working with a new group of writers and producers that gives her music a fresh new elan. According to reports, she's been in the studio with Pharrell, Rodney Jerkins, and yes, Jay-Z.

Kylie probably figures that now that the stakes are manageable, it's a good time to take some creative risk and try new things. As a result, her music is better than ever and her new single "Into The Blue" is a perfect example of that. It's a mighty fine slice of pop brilliance that caters to her loyal fan base but also has potential to make many more new fans. Best of all, Kylie stays on brand by delivering a fun, upbeat and dancefloor-ready pop tune that shows today's pop debutantes how it's done. Bow down to Kylie! (Look for Kylie's "Into The Blue" on Beats Music soon.)