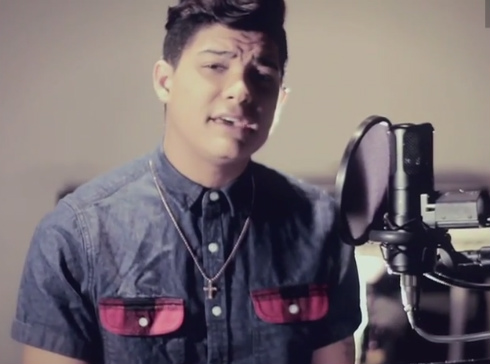 A Great Big World's "Say Something" (featuring Christina Aguilera) has turned into a downright sensation after the pop duo performed together with the pop diva on NBC's The Voice. The song hit #1 on the iTunes pop chart and is now quickly adding spins on radio, which puts it in pole position for breakthrough success this holiday season. The track has also inspired a slew of YouTube covers. Some not so great, some great and some very great. Brandyn Burnette's stirring version of "Say Something" is one to cherish. The young singer/songwriter infuses the song with a heartfelt sentiment that adds a palpably powerful and poetic new meaning to the track. Look out for original work by Burnette soon via Warner Bros. Records.