arjanwrites.com: Catching Up with Yuna about Her New Album 'Nocturnal' at Beats Music 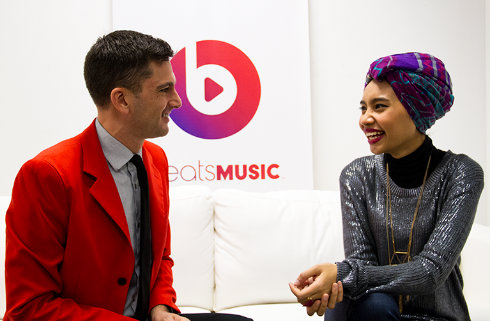 Malaysian superstar Yuna stopped by the Beats offices in Santa Monica, CA yesterday for an acoustic performance and interview with me to talk for a bit about her forthcoming new LP, entitled Nocturnal. It's Yuna's second full-length effort but her first on a major label in America. It's been a incredible journey for the critically-acclaimed singer/songwriter who we first alerted you about back in 2010 when she released her Decorate EP that introduced international audiences to her unique brand of smooth and silky folk-pop.

Yuna talked at length about the making of Nocturnal. She worked with a slew of producers on the album, including Robin Hannibal of Quadron, English pop auteur Chris Braide, Michael Einziger of Incubus and Chad Hugo who produced the hauntingly bittersweet "Someone Who Can" (one of my favorites on the LP.)

Yuna explained that it was important for her to make sure that the record would be a cohesive collection of songs that fit the vision she had for the project. The result is an inspired set of songs that feature Yuna's personal storytelling about love and life. She wrote most of the songs late at night when she was most inspired and for that reason she decided to title the album Nocturnal as that is something that all the songs have in common.

I also asked Yuna about her distinct look that sends an empowering message to fans. She explained that it's important for her to stay true to herself and her beliefs. She hopes that it sends a message to fans that they should be comfortable to express themselves in any way they feel comfortable as well.

The #BeatsMusic interview with Yuna will premiere on YouTube in the first week of November. In the meantime, make sure to sign up for updates about the new #BeatsMusic app at beatsmusic.com. 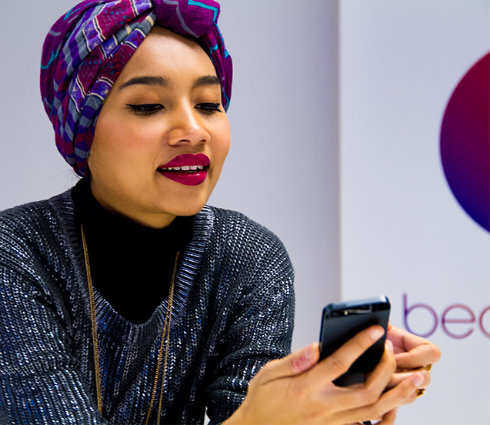