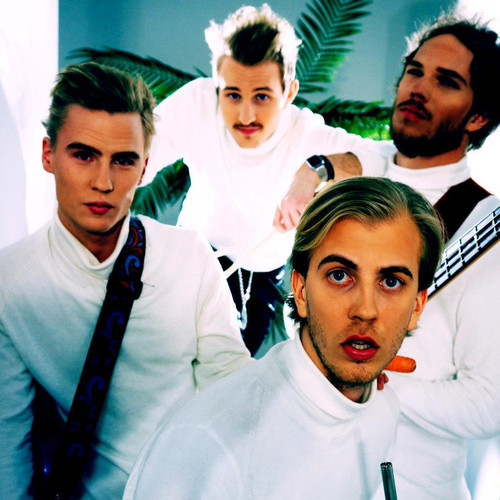 Swedish newcomers Join The Riot simply introduce themselves on their social media channels as "four Stockholmian boys with a passion for pop." That sums up the group's synth-happy brew of indie pop perfectly that stays true to Sweden's undisputed reputation as one of the world's most fertile breeding grounds for exciting new pop music.

Not much is known about the group of Henrik,Jonas, André and Simon, which gives their music the opportunity to do all of the talking (and that's perfectly fine). The group released their debut single "Ménage à Trois" early this year in Sweden that was followed by "Queen Marmalade" and "Karotte" right before the start of summer.

While a full album is (hopefully) in the works, these three tracks give listeners a pretty good understanding of Join The Riot's beautifully crafted brand of pop that is dominated by feel-good, synth-driven arrangements that pack a timeless melancholia. It's the type of bittersweet pop that Swedes know how to produce like no other. Join The Riot is a very exciting new act that you should keep your eye on ear on. Highly recommended.