arjanwrites.com: Exclusive Premiere: Listen to Luminites 'Do Something' (TC4 Remix)

Exclusive Premiere: Listen to Luminites 'Do Something' (TC4 Remix) 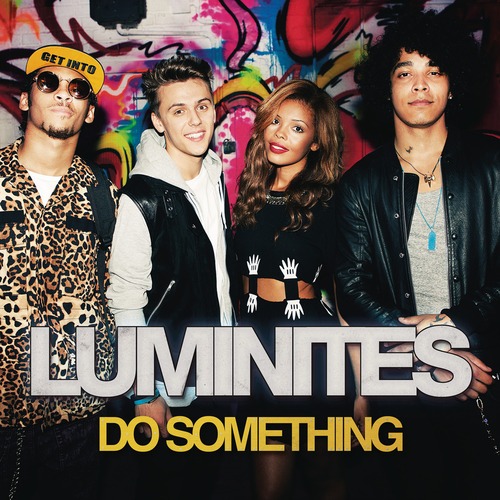 Frequent readers of this blog may remember that I alerted you about emerging UK pop quartet Luminites back in September when I posted a snippet of their new single "Do Something." To celebrate the release of that single on November 18 (in the UK only for now), I'm exclusively premiering a kicky remix of the track that was produced by upcoming production duo TC4 aka Tom Calder and Kate Turley.

The feel-good, genre-mashing "Do Something" is described in a press release as a song that is "about grabbing the bull by the horns and jumping at the opportunities life throws your way."

That sentiment speaks directly to the band's recent experiences following their stint on Britain's Got Talent. "Everything we’ve done and all the success we’ve achieved so far has been down to us putting ourselves out there and making the most of everything that’s come our way and that’s why this song means so much to us," they explain. "We are so excited to be releasing our first ever single and hope people enjoy it."

The success of the band has been long in the making and started much earlier than their run on Britain's Got Talent. Luminites got their start when their manager saw Ben beatboxing in the streets of London and decided to pair him up with three other young up and comers. The four instantly bonded and continued their street performances.

"There was no gelling process, the group explains. "The second that we met each other we all had something in common, and the conversation got rolling straight away. It was really nice." (Luminites "Do Something" will be released on November 18 via Syco/Sony Music.)