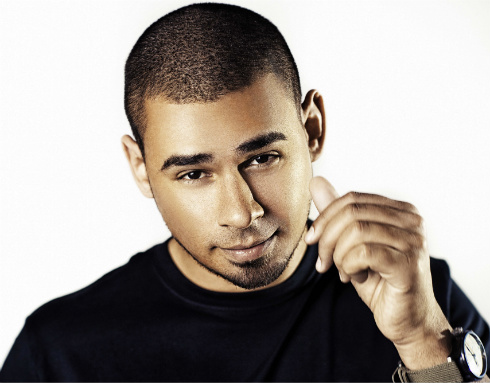 Following the global crossover success of EDM stalwarts like David Guetta, Avicii and Zedd, house maestro Afrojack (born Nick van der Wall) is the next DJ in line to take his success in the dance world to the mainstream pop charts in a big way. The GRAMMY Award winning DJ/producer previously scored top 40 hits with "Take Over Control" (ft. Eva Simons) and "Give Me Everything" with Ne-Yo, and his new project will continue right where those tracks left off.

Afrojack's new music is noteworthy (and very exciting) for two reasons. First of all, Afrojack is the first Dutch DJ with a proper shot at ongoing top 40 success in America even though Dutch DJs have been ruling much of the dance world for years with artists like Tiesto, Hardwell, Nicky Romero, Fedde Le Grand, Laidback Luke, Quintino, R3hab, Sidney Samson, Sander Van Doorn, Patrick Hagenaar, Fedde LeGrand, Don Diablo and many others. Secondly, the rising mainstream success of Afrojack is a proof of his versatility, talent and ability to continue to change things up and serve up fresh music. The fact that he received two GRAMMYs over the last five years is solid proof of that.

Hot on the heels of Afrojack's It's a Matter of EP that was released as a tastemaker for his forthcoming album this summer, Afrojack returns with the single "The Spark. It's a radio-ready smasher that features our Atlanta pal Spree Wilson who we first blogged about back in 2008. Driven by Afrojack's euphoric synths and Wilson's happy go lucky delivery, "The Spark" is a feel-good, pop-savvy tune with universal message about believing in yourself no matter what your circumstances are." Ever think when it all goes right/You got things that can change your life/Crashing through the stars at night/I'm telling everybody/We all got the spark," self-proclaimed "midnight rambler" Spree Wilson sings.

Wilson writes me that he penned "The Spark" years ago. When he heard Afrojack was looking for new material, he reached out to the superstar DJ and offered to work with him. The rest is now history.

BBC Radio One jock Pete Tong premiered "The Spark" this weekend in advance of its formal worldwide radio release later this week. Afrojack will also play the song at his JACKED Homecoming, a special Dutch date of his JACKED world tour, that will take place on Friday, October 18 at the Heineken Music Hall in Amsterdam. A long list of guests are expected to appear to celebrate the DJ's forthcoming new album including Quintino, Shermanology, Apster, Bobby Burns, Leroy Styles, D-Wayne and Zawdi MC.

The video for "The Spark" was directed by Tim Nackashi (Icona Pop, OneRepublic, Maroon 5) in Las Vegas this summer and will premiere on October 11 via Vevo. The single will be available for download on October 11 as well via Afrojack's own Wall Recordings, Island Def Jam Music Group in the U.S. and Universal Music Group International worldwide.