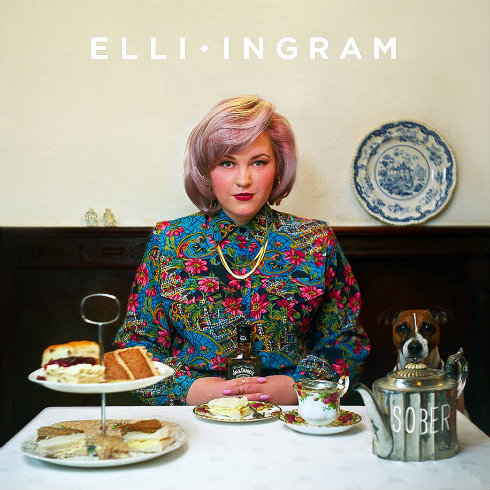 Elli Ingram has a voice that can move mountains. Often compared to icons like Adele and Amy Winehouse, the British singer/songwriter combines an intensely soulful vocal performance with a knack for authentic storytelling that comes straight from the heart. Following the release of her debut EP this summer, Ingram has been working on more new music with the guys of Chase & Status, which will likely add an edgy twist to her music. Ingram also makes an appearance on the track "Heaven Knows" that is featured on Chase & Status forthcoming new LP, Brand-New Machine.

Hailing from Brighton, England, Ingram grew up with music all around her. "Living in Brighton has allowed me to be an individual," she explains in an interview with Life + Times. "The majority of people that live in Brighton are real characters and I definitely soak that up. Both my parents, and in fact, my whole family are always making a racket. My sister was always on the piano whilst I was growing up and we would all sing along. I think in my case, nature and nurture have both had a strong impact on my music."

Ingram's rise to fame started when she started posting covers to YouTube, including a cover of Kendrick Lamar's "Poetic Justice" that garnered almost half a million views to date. Island Records quickly noted her talent, and signed Ingram to their hot and happening roster. Produced Felix Joseph and Rudi Redz, the singer released her debut EP, entitled Sober, this summer that is a cohesive collection of songs that gives a few more clues about her developing brand of hazy soul pop that is infused with imaginative hip hop stylings.

One of the first things that makes Ingram's stand out is her brutally honest storytelling. "I can only write about how I feel inside. If I try to write about something I can’t relate to it sounds like shit," she said in an interview. "I’ve found it hard to open up with my lyrics but I’m getting use to it now. It’s not an easy thing letting people hear my lyrics; it’s basically my diary."

The lead track from the Sober EP is "Mad Love," a breezy and warming song about falling in love. "Who made you so mad?/What makes you so mad?/I wanna get mad with you/Mad in love." There's a clear theme to the EP that refers directly to its title. Ingram explains, "As I started writing, it just so happened that the majority of the songs talk about drinking in some way or another; being out with your mates, the morning after. So, I guess it was a little tongue and cheek that the EP was everything but sober." (Download Elli Ingram Sober on iTunes or listen to it on Soundcloud.)