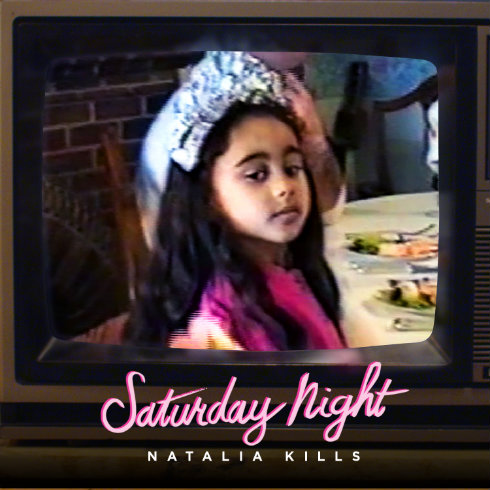 Natalia Kills is an artist with a consistent and compelling point of view who doesn't shy away from telling the world how she feels about things. Whether she shares a story about raw, unbridled love ("Wonderland"), planning sweet revenge ("Kill My Boyfriend") or living a fabulous life of excess ("Free"), Kills finds strength in wearing her heart on her sleeves. On her new single, entitled "Saturday Night," the stylish British pop singer ups the ante and takes her candid songwriting to a very personal place.

"Saturday Night" tells the story of Kills growing up in tumultuous household with an abusive criminal father and a tearful mother who tried to to anything she could to keep the family together. "We lose ourselves, we lose it all," she poignantly sings. It's a very powerful story that hits close to home and explains the self-made qualities that continue to drive Kills and her artistry.

Los Angeles production outfit Betablock3r completely reinterpreted "Saturday Night" and gave the original an unexpected happy twist. It would have been somewhat expected to amplify the song's darker undertones, but instead Betablock3r chose to highlight the sparks of light and hope that linger through the track. "As soon as we heard Natalia's vocal tracks we realized that there were quite a few directions we could go with the track," Betablock3r tells me. "She had some strong melodies and hooks that were easy to work with, so we settled into a more fun or summery vibe by jamming through some bass lines and funk guitar riffs."

The group adds, "We thought that would create an interesting contrast with the lyrical content. With this remix we ran through a couple different versions, one of which we took to completion.  At the last moment we decided to scrap everything, start fresh and ended up with the final version of the remix."

Betablock3r is the teaming of Chris Boulos, Ryan George and Ilai Lebel who work together in different configurations depending on the creative challenge. "We are sort of a hybrid of two elements: part music producer team, part band," the trio explains. "We usually work on remixes as a duo [Ryan and Chris] but this isn't always the case. As a band we incorporate our drummer Ilai who is the only true permanent third member of Betablock3r."

Betablock3r's remix of "Saturday Night" follows their diligent production process that they earlier applied to remixes for artists like Willy Moon and Ellie Goulding. "When we start remixes we usually listen to the vocals on their own and allow them to exist independently of the music," the group explains. "This allows us to run rampant with different concepts and moods. Contrast is important to us in remixing. We don't want to create something that sounds just like the original with a dance beat slapped on top of it. Our approach is that of writing a brand new song to which we already have vocals and lyrics written."

"Typically we get inspiration from good songwriting past or present be it some old school disco, or funk, some classic Hall and Oates, Steely Dan or some more modern acts like Breakbot or Daft Punk," Beatablock3r adds. "Oddly enough we all came from a technical metal background and to this day still draw some form of inspiration from acts like Periphery, The Faceless, BTBAM and Animals as Leaders. Good music is good music, there is inspiration to be found everywhere."

Ryan, Chris and Ilai have more exciting new projects in the pipeline. "We're currently writing some original tracks as well as continuing to produce new remixes," they reveal. "We'll be launching a new concept series with periodic content that we're very excited about." (Click here to listen to the single edit of Natalia Kills' "Saturday Night." The song is taken from Natalia Kills second album that hits stores on September 3 via will.i.am/Cherrytree/Interscope Records.)

New Zealand-born Campbell serves up heaps of happy vibes on his new single "I'm In Love" that will get you tapping and humming along the moment it hits. Set to a slick dance beat and sparkly piano riff, it's a glorious pop confection that sets that stage for bigger things to come for the young artist. The 21 year-old Campbell moved from Auckland, New Zealand to New York City to pursue a career in songwriting a couple of years ago. After gigging around Manhattan, he moved out to Los Angeles to further his dream in the world's pop capital. Campbell is unsigned and currently in London spending time working on new music together with fellow up and comer Steve Siegel. 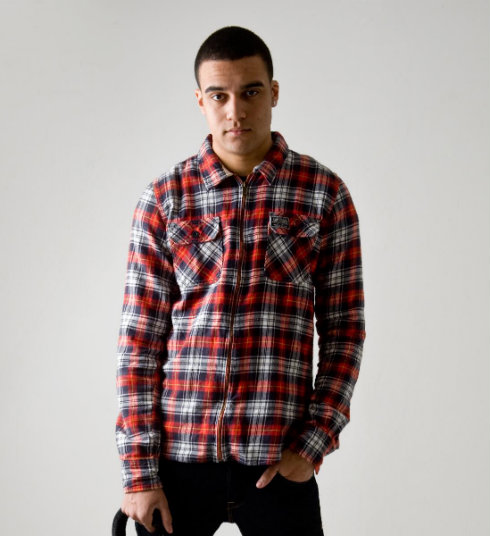 Following his sublime revamp of Ellie Goulding's "Only You," rising U.K. producer Special Features now serves up an equally potent remake of The Aston Shuffle's "Can't Stop Now." Produced to perfection, it's an invigorating slice of pop-infused progressive house that captures a sweet sense of melancholia that's perfect for the dancefloor or your hard-hitting cardio routine.

The remix kicks off with slow-burning arpeggios on keys and string plucks that harmonize to form a gorgeous sonic atmosphere under The Aston Shuffle's vocals. The sequence soon builds into a strong crescendo with drums, synths, and vocals looped to perfection. In the midst of the madness, the lead melody line is subtly introduced around the 2:30 minute mark before completely breaking through at the drop where the full song is unleashed at full capacity.

Special Features recently graduated from music college in London and he can now fully devote himself to producing more remixes, plus original tracks. If you enjoy this Ellie Goulding remix, make sure to check out Special Features' current single "Illusions" (Atlantic/Big Beat) that is available on Beatport now.

Hot New Talent Alert: Listen to Lolo 'Heard It From A Friend' (Prod. by Mark Batson)

Sometimes the most rewarding discoveries are the ones that take you completely by surprise. Lolo is one of those discoveries. With a voice and delivery that hit you right at the core, it is clear that Lolo is the real deal who is on the cusp of big things. The Tennessee native's new single "Heard It From A Friend" is solid proof of that. The track was produced by heavy-hitter Mark Batson who has previously co-written and produced tracks for none other than Dr. Dre, Eminem, Seal, Alicia Keys and many others. Batson adds some of his signature spit and shine to the song that is the perfect complement to Lolo's arresting vocal performance that combines her soulful Southern roots with contemporary pop sensibilities. She's truly one of a kind. (Also, check out Lolo's feature on Panic At The Disco's new single "Miss Jackson" that is available now.) 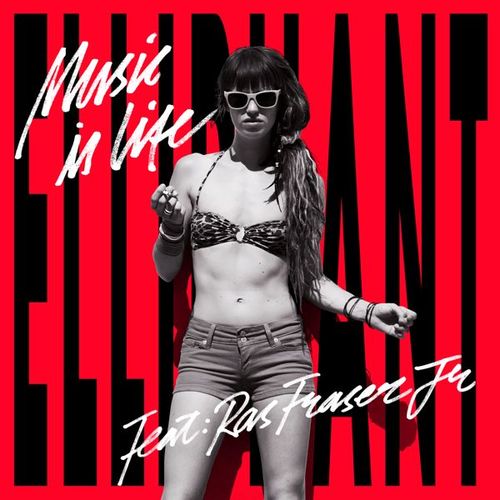 Iconic hit maker Dr Luke sure is on a roll with his Kemosabe label, his venture with RCA Records that is distributed through Sony. After signing artists like Becky G and G.R.L, Luke just scooped up emerging Swedish singer/rapper Elliphant (aka Ellinor Olovsdotter) who is making waves overseas with her (aptly-titled) new single "Music Is Life." That track is also her formal U.S. debut single that is available now.

Described in a press release as the "illegitimate offspring of MIA and Diplo," Elliphant's music is a potent brew of pop and in-your-face Jamaican influenced dancehall pop that she likes to refer to as "dankshall." It's a fresh and flavorful sound that she first served up back in 2012 when she released her debut single 'Tekkno Scene' on Swedish independent label TEN (home of Icona Pop and many other stomping Swedish newcomers.)

"Music Is Life'" features Jamaican roots & reggae artist Ras Fraser Jr and was recorded in both Sweden and Jamaica earlier this year. The track is a celebration of the two respective cultures and the signature sounds that derive from them - perfectly blending soulful reggae with 90's inspired pop beats and synths. "This song is a statement," Elliphant says in a behind the scenes video. "It's reggae meets pop meets disco. It's all about unite [sic]. The song was really inspired by the moment, sitting down and jamming."

When it comes to her songwriting and lyricism, Elliphant explains that she is "more or less inspired by mysery." "[I am inspired by] all the foolishness we subject ourselves, our kids and our environment to (. . .) Already at a young age, I learned what it was like to lose my home and stuff. Society gives us a lot of security, but it seems it's protecting us from the things that are really important. In a lot of ways, I oppose our society and I'm critical of it."

Elliphant is currently working on her debut album and plans to visit North America later this year for more tour dates. "Music Is Life" is available from today. Support new pop and go listen "Music Is Life" right here.)