arjanwrites.com: A Few Words About Backstreet Boys and Their New Single 'In World Like This' 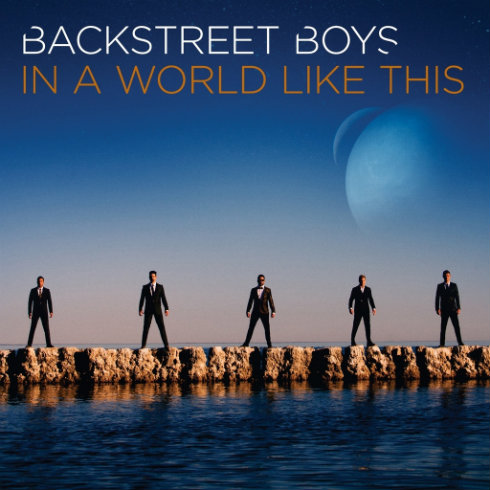 Backstreet Boys are celebrating their 20th anniversary this year with the release of their highly-anticipated eight studio album, entitled In A World Like This, that firmly positions the group as one of the greatest pop acts of all time.

Think what you want about Backstreet Boys, boy bands or pop music for that matter, the group of Nick Carter, Howie Dorough, Brian Littrell, AJ McLean and Kevin Richardson deserve nothing but respect. Over the past twenty years, the pop quintet has received countless awards, toured the globe over and over, and sold more than 130 million albums worldwide.

The reason for all that success over the years is simple. Backstreet Boys have been able evolve, adjust and grow as artists along with their fans while never losing sight of what made their music so special and unique.

When I last caught up with Backstreet Boys around the release of This Is Us in 2009, they group credited their longevity as a band to challenging themselves creatively while also really enjoying to perform for their fans."  The creative aspect is very important to us and we want to be trendsetters," AJ McLean told me. "We also find it important to make music for the masses and perform. We definitely want to make more records as long as the fans want us to keep doing it."

On their forthcoming new LP, the group teamed up with their old pal Max Martin. The iconic Swedish hitmaker was instrumental in helping to shape the the group's sound together with the late Dennis Pop who passed away in 1998.

Martin and Pop produced Backstreet Boys' very first single "We've Got It Going On" that laid the foundation for their global success. The rise of Backstreet Boys in the mid-nieties together with producer Max Martin also marked the rise of a new generation of pop that paved the way for many superstars since then.

Backstreet Boys recorded In A World Like This in London and Los Angeles with Max Martin, plus  Martin Terefe, Morgan Reid & Prophet, Dan Muckula and Justin Trugman. Going into this new project the group's aim was simple. "We always want to top our previous albums. That’s always our objective," Nick Carter told Rolling Stone Magazine in a recent interview. "All five of us were determined to create an album where every song could be a single."

The LP's title track (and new single) is perfect example of that. Introduced by a gentle guitar riff, the song is a mightily infectious pop confection (with a brilliantly soaring pre-chorus and equally stellar middle eight) that neatly spotlights the group's signature vocal harmonies that are truly one of a kind. Instead of chasing the (EDM) sound of the moment, Backstreet Boys stay firmly in their own lane with a skillfully crafted sound that is a welcome alternative to the bombast that is ruling the pop charts. (Backstreet Boys In A World Like This will be released on 7/30. Pre-order.)