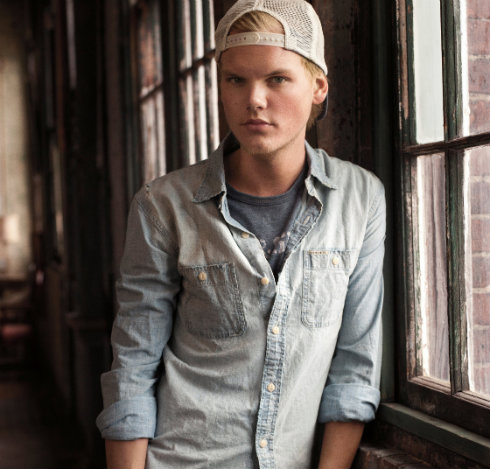 Avicii caused a wild stir at Miami's Ultra Music Festival back in March when he premiered a few brand-new tracks that sounded a quite bit different than the big hits he's known for. After kicking off his set with fan faves (including "Levels"), Avicii paused for a couple of minutes and invited Aloe Blacc ("I Need A Dollar") on stage to perform "Wake Me Up" that had thousands of fans guessing what was happening.

Genre-pushing collaborations with people like Audra Mae and Joakim Berg followed that showcased an exciting, dancefloor-savvy sound perfectly uniting Avicii's keen (and Swedish) sense of melody with live instrumentation. Sadly, some fans were less than impressed and outright angry with Avicii. "Well to sum up the night I'll just say that Avicii totally destroyed his career," wrote one individual on Twitter.

I spoke with Aloe Blacc for Beats TV the day after he performed with Avicii at Ultra. He explained to me that a great deal of thinking and preparation had gone into the set. He also confided how inspiring it was to work with Avicii and write with him side by side on new music. "He's a fantastic songwriter," Blacc noted.

This week, Avicii finally unleashed the official and fully authorized extended edit of "Wake Me Up" for the world to enjoy. The song is taken from his hist forthcoming debut LP, entitled #TRUE, which will be released on PRMD/Island Def Jam on September 17. "Wake Me Up" will be available on iTunes in the U.S. on June 25. It's a hooky, pop-oriented tune ruled by a scuffed guitar riff and a stirring lead synth riff that is complimented by Blacc's soulful vocals and rich storytelling.

In a press release, Avicii explains that after the success of tracks like "Levels" and "Silhouettes" it was important for him to try something new. "This album really changed the way I think, the way I see music," said Avicii. "I worked with all these people from different genres. They all bring their own influences into my work and it’s so interesting to hear what comes out."

What I find truly exciting about Avicii's new direction is that he challenged himself creatively and pushed the mainstream EDM frontier forward in the process. Instead of serving up the same old combo of bassline, synth and drop, Avicii set out to take people a journey and introduce an adventerous new sound to his legion of fans. His new music also emphasized his songwriting talent, which is way too often overlooked.