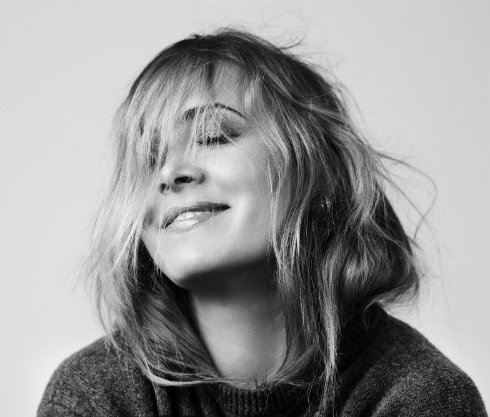 In anticipation of her highly anticipated performance of "Birds" at the Eurovision Song Contest finals on Saturday, Dutch superstar singer Anouk unveiled a special video series on YouTube this week to celebrate her forthcoming new LP. The series of four short films includes the official video for "Birds" that is taken from her ninth studio album "Sad Singalong Songs" that will be released on May 19 via her own Goldilox label (distributed through Universal Music Netherlands).

"Birds" and the other tracks on "Sad Singalong Songs" show off a different side of Anouk. After the gritty pop-rock of 2011's "To Get Her Together,' the the singer turns left field on her new LP to unveil a more delicate and gentle sound. It's more proof that Anouk doesn't shy away from taking a bit of risk once in a while. In fact, her music is fueled by her ongoing quest to challenge herself creatively, to think out of the box and to surprise fans with new musical projects that are different than the ones she worked on before

Anouk collaborated with her trusted team of writers and producers on "Sad Singalong Songs" including Martin Gjerstad en Tore Johansson (Franz Ferdinand en The Cardigans). She also worked with Gjerstad and Johansson on her previous two critically-acclaimed LPs, "For Bitter Or Worse" and "To Get Her Together."

The four-part video series to introduce "Sad Singalong Songs" were directed by Dana Nechushtan. It's a compilation of short films that also includes videos for "Kill," "The Good Life" en "Pretending As Always." The series stars Anneke Blok, Monic Hendrickx, Martijn Lakemeier, Teun Luijkx, Hannah Hoekstra and Raymond Thiry. Anouk makes a few cameos as well. The videos can be viewed online or at EYE in Amsterdam from May 15 to May 19.

Dana Nechustan's takes a few inspirational cues from Black Swan in the video for "Birds." It tells the story of a gifted ballet dancer in a starring role who is replaced for a younger dancer by her teacher (played by Anouk) during show rehearsals. It's impossible for her to cope with the change and humiliation, and she decides to take matters in her own hands with fatal consquences.The video features beautiful sunset footage from Rome's skyline that adds to the classic storytelling.

Watch the video series below and make sure to root for Anouk to win the Eurovision Song Contest on Saturday.