arjanwrites.com: Listen to Jetta 'Can You Hear Me Now' [Review]

Listen to Jetta 'Can You Hear Me Now' [Review] 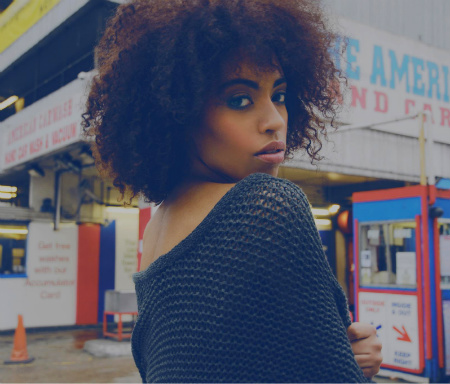 After I first tipped you about Jetta back in January 2012, the British singer spent most of last year writing and recording songs for her forthcoming debut LP. She collaborated in the studio with Jim Elliott who most recently also produced Ellie Goulding's second album, "Halcyon."

Jetta flew stateside last month for a week of shows at Austin's South by Southwest and the singer was without a doubt one of the breakout acts at the annual music fest. She blew the crowd away with her heady mix of soul, pop and rock that is infused with her soaring and seemingly effortless vocal delivery that is truly one of a kind.

Born and raised in Liverpool, Jetta is a musician who has been quietly gathering interest for the last three years, impressing her peers with her outstanding writing skills and vocal prowess. She honed her craft initially as a backing vocalist, performing together with Paloma Faith and Cee Lo Green on tour. Her big break came when producer Jakwob handpicked Jetta for a guest appearance on his hit track "Electrify." which generated support from tastemaking BBC Radio One jocks MistaJam, Nihal and Zane Lowe.

Important part of Jetta's artistic vision is to stir up many different styles to create her own unique blend of pop. "I come from a very diverse background, which has inspired me to take on a lot of different influences," she told Virgin Mobile TV in Austin. "I don't like to stick to one style. I like a lot of different types of music and I'd like to incorporate all of that in my own music."

After treating us to the sensational "Start A Riot," Jetta now unveils the equally spectacular "Can You Hear Me Now." The song's stomping beat, gritty guitar riff and Jetta's larger than life vocals sweep up the listener while she tells a passionate story about staying together by letting go. "The distance between us keeps us together/helps us to measure" Jetta sings in the pre-chorus, concluded by "I got to cut lose the chain." It's a powerful concoction that exposes true soul and it's a ftting tastemaker for even bigger thing to come.