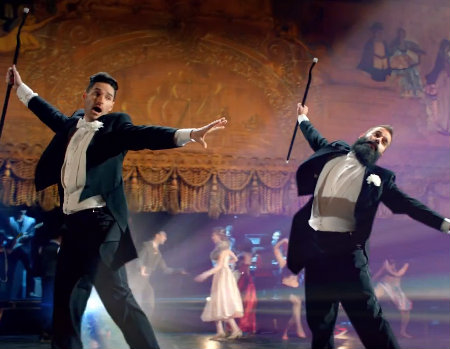 Capital Cities not only highlights the transformation of dance throughout the past century in their celebratory music video for "Safe And Sound," the rising pop duo also pays tribute to one of the most iconic theatres in downtown Los Angeles. The newly-restored Los Angeles Theatre is the set and site for the the group's video that includes dazzling work from choreographer Mandy Moore who worked with the duo of Ryan Merchant and Sebu Simonian on some very detailed dance moves. The video was directed by Motion Theory's Grady Hall who earlier also directed videos for Katy Perry, Weezer and Modest Mouse.

During dance rehearsals, Sebu suffered a sprained ankle that he wrapped up tightly for the actual video shoot, taking to heart the no pain/no gain axiom. Moore, who received an Emmy nomination for So You Think You Can Dance and was the choreographer for Jennifer Lawrence and Bradley Cooper in the Oscar-winning Silver Linings Playbook, recruited dozens of professional dancers to join Capital Cities in the shoot.

More than 40 dance styles – from Burning Man, the Electric Boogaloo and water ballet to Kazatsky (the Russian kick dance), the Charleston and roller disco – are represented in the three-minute clip. "We really strived to show the basic idea of dance as a timeless celebration that expresses and re-mixes itself over the decades," Grady Hall explains in a press release."Part of that was working with the dancers to go into the middle of the circle and lay down their 'power moves' – i.e., those jaw-droppingly big moves that take years to perfect, and only about a second to pull off."

He adds, "I love that we immortalized some of those. But also, we wanted to create the sense that the song itself was inspiring a mash-up of styles so that the swing dancers were break dancing, the B-Boys were tap dancing, and Ryan and Sebu were inspiring the dance with their performance – which is kind of the way it is at their live shows, too."

The result is an impressive debut video that is the perfect set up to the release of Capitol Cities' highly-anticipated LP, entitled "In A Tidal Wave Of Mystery," on June 11 (Capitol Records/CMS/Universal). 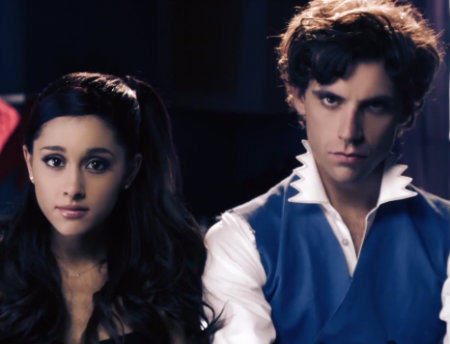 Nerds, freaks and geeks team up in the video for Mika's fantastic new video for "Popular Song" to serve up a delicious brew of sweet revenge. After being harassed and bullied by schoolmates, Mika and Ariana Grande decide to organize a dinner party with an appropriately diabolical plan to turn the tables on the most popular kids of their class. The video's vivid storyline plays directly into the song's message about standing up against bullying and feeling empowered to make a change.

"Popular Song" is partly based on "Popular" from the musical Wicked that Mika skillfully incorporated into his own version. In a making-of series on YouTube, Mika explains that the song's original composer Stephen Schwartz came to his studio one day and listened to his second album. "Even though we never wrote together, I sent him an email after meeting to ask if I could play with ['Popular'] a little to change up its meaning," he explains. "I respect him as a songwriter and wanted to make sure he was okay with it."

Mika teamed with co-writer Priscillia Renea to create a song based on Schwartz's original that is inspired by his own story and his experience in school. "It's the only song on ['The Origin Of Love'] that deals with my childhood," he explains. Teenage superstar Ariana Grande cut new vocals for the single version of "Popular Song" late last year.

The song's lyrics describe in not-so subtle terms what it was like for Mika to turn from a misfit into the most popular kid of the class - so to say. "I never was a scholar/You were always popular/You were singing all the songs I don’t know/Now you’re in the front row/Cause my song is popular." It's an important message about the profound effects of bullying that now comes with a playful yet meaningful new video that raises awareness about this issue we should all deeply care about.

Watch Jason DeRulo 'The Other Side' Lyric Video [Review] 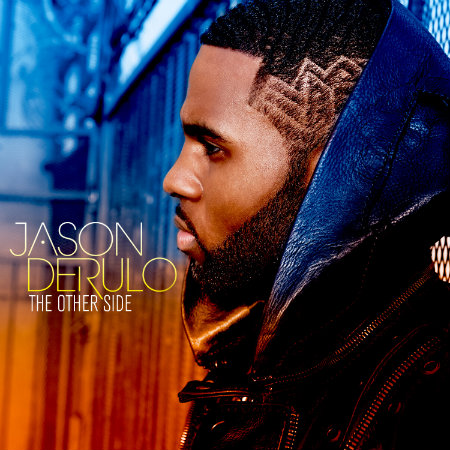 Jason DeRulo is gearing up for a big return to the pop scene with his new single "The Other Side" that is the first effort taken from his forthcoming new album. Expertly produced by Dr Luke protégé Ammo (aka Joshua Coleman), it's a deliciously hooky and mightily anthemic pop tune about two people in love who are about to take their relationship to the next level. (Or in the words of the great Katy Perry, "Let's go all the way tonight.")

DeRulo explains in an interview that "The Other Side" initially started as a party song. "The feeling of the song is very uptempo, very uplifting," he says. "But I didn't want to talk about a party, I wanted to talk about something that I was going through in my life. Something that was personal. It's a really fun record. I didn't want to overthink anything it. It kinda made itself."

The release of "The Other Side" is a milestone moment for platinum-selling singer who suffered a catastrophic neck injury early 2012. The ordeal put his success in perspective and gave him a new outlook on the things that really matter in life. "That one experience helped me to grow up in a second," DeRulo tells Men's Health magazine. "I was on autopilot. I was going around the world. I was performing. I was just literally going through the motions."

He adds, "When that kind of thing is taken away from you, you realize how much you appreciate what you love doing and who you love."

It was his love of music and performing that ultimately led to a full recovery after months of grueling physical therapy. He returned with "Undefeated" last summer that was followed by spending more time in the studio to write and record a new album. DeRulo's renewed spirit, lust of life and, most importantly, his sense of living in the moment is clearly captured on "The Other Side." It's a powerful sentiment that will reach people far & wide, and puts him for pole position for pop success in 2013.

Exclusive Premiere: Martel 'The Old You' 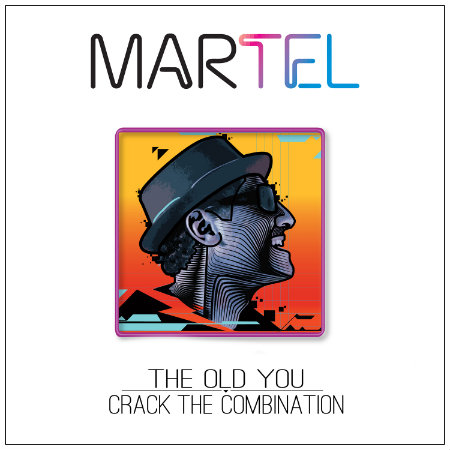 Emerging singer/songwriter Martel (aka Marty James) first hit my pop radar when he collaborated with Dev on "Just In Time" back in the summer of 2011. He followed up with the '80s edged fuck-stomper "Ricochet" back in 2012 and things have progressed nicely with the mightily talented newcomer since then. His brand-new 'The Old You' is solid proof of that. Produced in partnership with Matt Price, it's an impressive slice of soul-pop that further details his developing brand of pop that perfectly combines sweet melodies with breezy grooves. It's perfect fare for a hot summer day or for whenever you wish you were spending time on a beach and celebrate good times. "The Old You" is featured on Martel's maxi single "The Old You/Crack The Combination," which is currently available on iTunes and Amazon. Following the maxi single, Martel will release an EP later this year with Indie-Pop.

One of the things I truly respect about Lana Del Rey is that she has a laser-sharp point of view about who she is as an artist and how she wants to express her music. Over the last eighteen months, a few nay-saying pop purists have continued to question the authenticity of her music, but the truth is that Lana Del Rey is not a studio concoction who was engineered by soundboard professionals and fashion stylists. Far from it, and I'll be the first to come to her defense.

Case in point is that about four years ago I was contacted via Facebook by the singer who wanted to share her new, independently-released EP with me. As noted by Spin Magazine, I responded to Lana's note, and listened to her music that already had the makings of the sound and vision that she has fully developed today. The lush nostalgia that marks Lana's sound now has always been there and comes from a very genuine place.

Following the release of "Born To Die (The Paradise Edition)" last year, Del Rey returned this week with "Young & Beautiful," a brand-new song that is included on the The Great Gatsby soundtrack that will be released on May 7. The song captures everything we've come to love about the singer with its grand, cinematic flourishes, the singer's enternal longing and lyrics that paint a faded glamour.

The Great Gatsby's executive producer Jay-Z worked with writer/producer/director Baz Luhrmann to compile a soundtrack that would translate the Jazz Age sensibility of F. Scott Fitzgerald’s classic novel into "the musical equivalents of our own times, through the blending of hip-hop, traditional jazz and other contemporary musical textures," according to a press release.

The soundtrack also includes new music by Beyoncé and André 3000, Florence & The Machine, The Bryan Ferry Orchestra and others. Given the scope and story, Lana Del Rey's "Young & Beautiful" is without a doubt the compilation's centerpiece. "It was an honor to work with Baz Lurhmann on his amazing adaptation of one of the most extraordinary books ever written," Rey explains. "The movie is highly glamorous and exciting. Rick Nowels and I were thrilled to write the song for the film."

Beginning May 7th, Target stores and Target.com will be the exclusive U.S. retailer of the of the 17-track deluxe edition of the album. That date will also see the album available at digital retailers (available for pre-order today). A 14-track physical version will also be available at Starbucks in the U.S. and Canada, and widely, both physically and digitally, at various retailers.