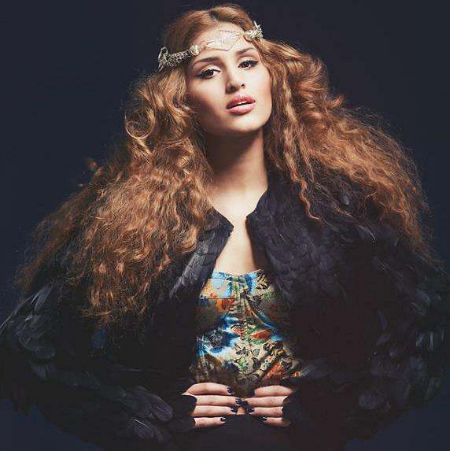 After participating in Sweden's famed Melodifestivalen as a performer in 2004 and 2005, Frederik Kempe decided to focus exclusively on penning songs for the annual song contest as a songwriter. Since then, the talented Swede has become the go-to Melodifestivalen hitmaker who has written over 20 songs that have been performed on the show. Three of his songs won and moved on to the Eurovision Song Contest including his tunes for Eric Saade ("Popular"), Charlotte Perrelli ("Hero") and Malena Ernman ("La Voix").

This year, Kempe collaborated with Anton Hård af Segerstad on "Heartstrings" that was performed by pop newcomer Janet Leon who was formerly a member of girlgroup Play (managed by Matthew Knowles). Segerstad is a young, up and coming dance-pop producer who we alerted you about earlier when we wrote about Goldfinger & Script, one of his newest production projects signed to Uniform Beat, Sweden's premier independent dance label.

Kempe knows like no other how to serve up great Swedish pop that's ruled by an irresistible melody and a bittersweet sentiment. "I've been writing songs since I was a child and the songs I write come very naturally to me," he says in an interview with German TV. "I'm inspired by things that happen in my own life and I try to really put my heart into my writing; whether it's a ballad or an uptempo pop song. I think that is why the songs have worked so well. I really like to fill them up with good ideas and good fun."

The combination of Kempe's knack for melody with Segerstad's soundboard savvy on "Heartstrings" has resulted in massively delicious pop tune. The song is a potent slice of immaculately-produced Euro-pop with a glorious, sunburst chorus that neatly spotlights Janet Leon's larger than life vocals. It's quite frankly a tune that I'm sure Christina Aguilera would salivate over to record. Janet Leon is currently in the studio to record her new album together with GRAMMY-nominated Jörgen Elofsson (Kelly Clarkson, Britney Spears).(Click here to learn more about Janet Leon.)