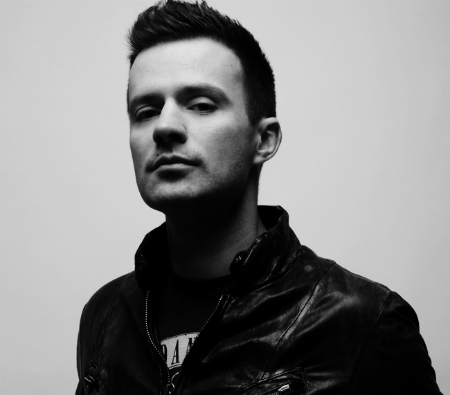 Without a doubt one of the most anticipated LP releases of the year, Dirty South's long-in-the-making "Speed Of Life" is a strong collection of electronic dance songs that successfully straddles the line between the club and the home. The Australian producer has worked for nearly a decade to get to this point, steadily climbing up the charts through the years with bangers like his remix for Chris Lake's "Changes," "Phazing," and of course, his collaboration with Axwell on "Sweet Disposition."

As EDM has exploded in America over the past two years, Dirty South (born Dragan Roganović) has assaulted the American dance charts with his collaborations with Thomas Gold ("Alive" and "Eyes Wide Open"), "Walking Alone," and of course, his collaboration with Alesso on "City of Dreams."  Now, on "Speed Of Life," the Aussie house producer treats his longtime fans (and definitely some new ones) to his expertly crafted melodic commercial house songs, as well as q few gems that display that something-in-the-water Aussie affinity for yearning electro-pop.

"Speed of Life" opens with the gorgeous "Gods" featuring Reuben Haze. For the first several minutes of the track, Dirty South takes the listener through an instrumental journey of detuned sawtooth leads and anthemic synth stabs.  For the last minute of the track, Haze’s ethereal vocals are whipped in and around the track with a heavy dose of reverb, setting the stage for the dramatic onslaught of dance tracks to come.

Guitar features heavily on several songs on "Speed of Life," which is a particular thrill to this reviewer. We get our first taste of Dirty South's preference for guitar with the excellent "Until The End" ft. Joe Gil. "Until The End" follows the familiar big-room trance stab formula but adds a twist with some guitar arpeggios that sound ready-made for the closing set of Ultra Music Festival. With America’s ever growing fascination with dance music, "Until The End" sounds like a potential cross over single for the future.

There’s also several low-tempo cuts on the album that show off the producer’s diverse production skills. "Sunrise" slows the tempo down and adds some heavily filtered guitar to create a dreamy electro-pop sonic landscape. Cheekily, Dirty South also gives us a corresponding track called "Sunset" that is built around a dissonant piano riff endlessly looped.  Taken together, these tracks demonstrate the classic Empire of the Sun dreamwave Aussie sound, something that many try to copy, but few can recreate as well as Dragan does here.

With its mixture of both big room house sounds and downtempo electronica, Dirty South's "Speed of Life" is a worthy addition to the canon of EDM albums. It’s difficult to pull of an album of four-to-the-floor material, but Dragan does exactly that here, and with stunning results.

(Thanks to Steven Siegel for contributing this post. Raised in Detroit and currently based in London, Steven is a massive dance music fan and a budding DJ/producer. You reach Steve and listen to his own productions on SoundCloud.)