arjanwrites.com: Justin Timberlake Opens Up About His New Music in Exclusive Interview

Justin Timberlake Opens Up About His New Music in Exclusive Interview 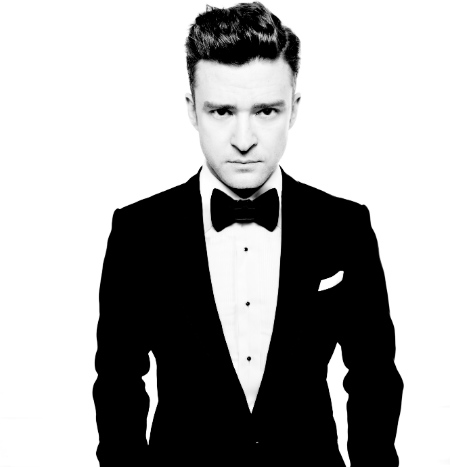 Chances are that Justin Timberlake is going to be pretty selective about who he opens up to about his much-anticipated new album to let his new music do most of the talking. Two of the few people the pop superstar decided to chat with about his new record include two GRAMMY Camp alumni who chatted with Timberlake right after his rehearsals for The GRAMMYs on Friday. Timberlake is a big supporter of The GRAMMY Foundation and music education in schools, and he announced GRAMMYs new Music Educator Award on Sunday's telecast.

In the candid interview, Timberlake talks more about his creative partnership with Timbaland, the inspiration for his new album title and how his acting experience has inspired his music. The singer also notes the reason why he doesn't do a whole lot of interviews anymore. "A lot of times a writer will interview you for an editorial piece and, this happened to me when I was younger, you end up reading the article and it becomes more about them than it even is about the subject," he explains. "So you feel them projecting those thoughts on you or whatever objective they have."

Timberlake also explains in depth why he took time to write and record his new music. "I will not be the type of artist that puts out 10 to 15 albums, that's just not who I am," he says. "I write music all the time, but until you really feel that desperate need to shout from the rooftops and express yourself in that way I just kind of keep it to myself. I enjoy making music so much that if it doesn’t come out that's okay (. . . ) When I do have something that I'm ready to express I'm gonna burrow through whatever to get it heard. But for me, the journey along the way is really the most fun part, it's not about the outcome. It's really about making something that feels authentic."

The title for his new album, "The 20/20 Experience," came up after one of Timberlake's friends heard the new music and described the songs as very visual. Timberlake remembers, " My best friend came into the studio and he was listening to some of the songs ( . . . ), and he goes, 'I really feel like I can see where I am when I’m listening to these songs.' I said, 'What does that mean?' He said, 'I just feel like the music is very visual.' And I said, 'Keep going.' He goes, 'I feel like I'm in a movie. I feel like I can see the music, I feel like I can see different colors for different songs.' I said, 'That's really cool, music that you can see, not just hear. That's a real experience. What if I just called this 'The 20/20 Experience?' And he's like, 'That sounds cool.' I said, 'Cool, I don't have to worry about that anymore.''

He adds, "I'm really bad at coming up with album titles, really bad at it. Sometimes I don't even know what to name a song when I get done with it."

Timberlake also talks about how important it was for him to team with producer Timbaland on his new record. "My relationship with Tim is a relationship that I have with nobody else in the world," he shares. "We're like brothers really. You have friends like that, friends you don't have to say much too, but you know they just get who you are. That's the relationship I have with Tim, where we go in the studio and kind of don’t even speak to each other. "

Read the entire interview with Justin Timberlake on GRAMMY.com. Excellent stuff for Timberlake fans that puts his new music in the right perspective.