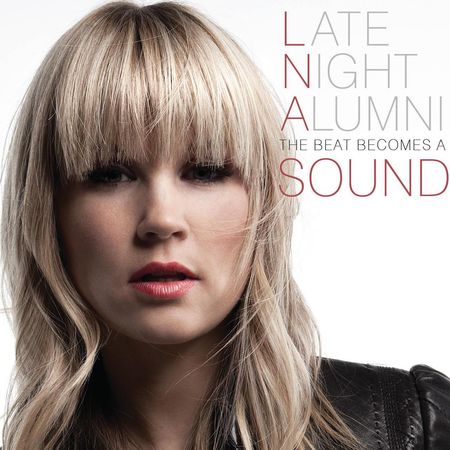 The album neatly showcases different aspects of the group's different inspirations and interests. Tracks on the album range from the up-tempo driving lead-single "Shine," the sultry guitar driven "Days," the blissed out instrumentation of "Summer Lies" and the beautiful, haunting "Sun Space." Despite the album's diverse BPMs the underlying essence and heart of Late Night Alumni's sound is always apparent. While the inimitable vocal lead of Becky Williams, provides "The Beat Becomes Sound" with a wonderful unifying thread.

In addition to "The Beat Becomes A Sound," Ultra Records is releasing a 6-week video series featuring Late Night Alumni’s Performance at the Masonic Temple in Salt Lake City, including unreleased material from the new album along with a plethora of past album hits. Check out the exclusive premiere of episode 4 that features new track, "Angels And Angles."

Singer Becky Williams is particularly happy with how this live rendition of the song turned out. "'Angels And Angles' is one of my favorite songs and I was so excited that Marcus was able to come perform with us," she tells ArjanWrites.com. "The song is so full of emotion, and the graphics and lighting combined with the music made it absolutely magical."

She adds, "It's also nice for people to see Ryan's role in the whole production. People are always asking us if he's going to be at the next live show, so it's great that they get to see what he would be doing if he were able to come on the road with us."