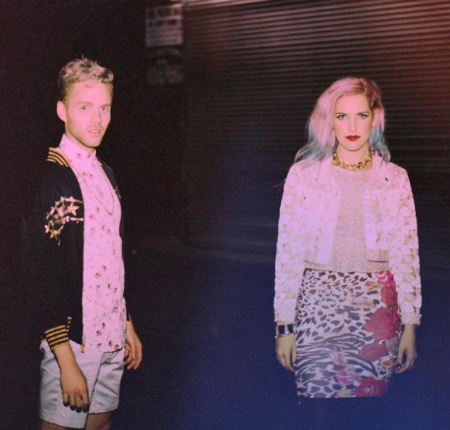 New York alt-pop outfit MS MR continues to crank fantastically gloriously pop and their brand new single "Fantasy" is solid proof of that. The track is a huge rush of cinematic electronic pop, written and produced by the New York-based band and mixed by Tom Elmhirst (Adele, Amy Winehouse). "Fantasy" follows up MS MR’s two previous releases earlier, "Bones" and "Hurricane," which caused a stir with its delicious combination of huge hooks and dark lyrics (“Welcome to the inner workings of my mind/So dark and foul I can’t disguise").

The single is taken from the group's debut album, titled "Second Hand Rapture," that is scheduled for release in in May. The LP has been written and produced by the band with additional production and mixing by Tom Elmhirst ("Back To Black," "21").

Comprising of London-born Lizzy and Idaho native Max, MS MR have been making waves via two underground EPs exciting everyone from NME (2013 One to Watch) and Pitchfork to Jay-Z, Tom Ford and Grimmy. The band have come to attention with a unique mix of limited edition EP’s, striking videos and Tumblr where the band have quickly become stars within their community using gifs, images and quotes to embed and express themselves. (MS MR "Fantasy" will be available for download on March 10.)