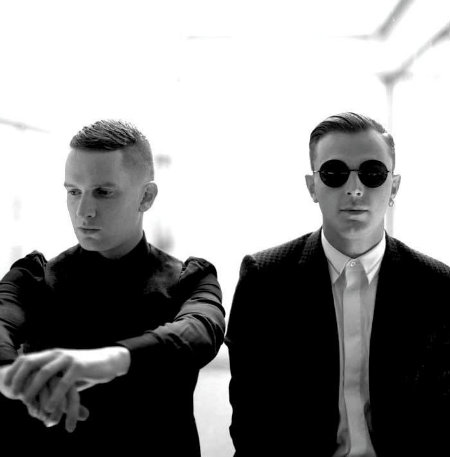 After the release of their debut album in 2010 and almost non-stop tour all across the globe for the last 18 months, British pop duo Hurts are gearing up to release their much-anticipated new album, entitled "Exile," this upcoming March. Earlier today, the group of Theo Hutchcraft and Adam Anderson unveiled "Miracle," the new single from their sophomore LP that introduces a bigger, and dare I say, more rock-oriented sound courtesy of producer Jonas Quant. The duo's striking visual aesthetic and distinct lyrical point of view with bleak lyrics like "no love, no light, no end in sight" remains intact, but their moody synth-pop stylings have evolved into a bold new sound that is clearly inspired by their live shows. Listen to "Miracle" below and watch a new album teaser video here.