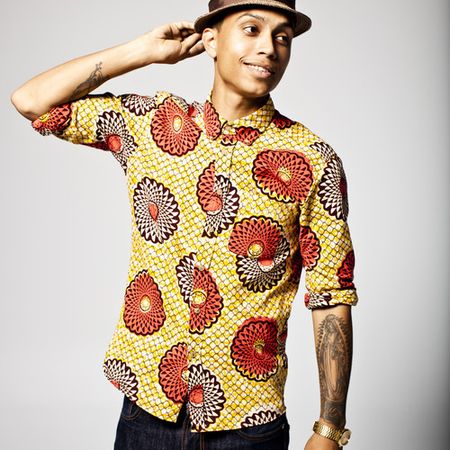 Big things are shaping up for pop R&B crooner Sebastian Mikael in 2013 who just signed a major label record deal and is working with some very savvy hitmakers on tracks for his forthcoming debut LP. Frequent readers of ArjanWrites.com may remember that I first alerted you about the hotly-tipped Berklee College of Music grad a few times back in 2011 when he still used De-Lor as his artist name.

Following the release of his first mixtape, one thing led to another and industry veteran Sylvia Rhone was so impressed by Mikael's talent that she decided to sign him to her new Vested in Culture label under Epic Records (in partnership with Slip-N-Slide Records).

Born in Sweden to a Swedish father and Ethiopian mother, Mikael grew up in a diverse household immersed in music, fashion and art. In 2008, he moved from Sweden to Los Angeles to attend the Musicians Institute before continuing his studies at Boston’s prestigious Berklee College of Music. In Boston, he collaborated with different writers and producers to develop his own unique blend of soul, pop and electronica. His musical experimentations led to his mixtape "J'Adore" that received rave reviews from his steadily growing online fan base.

The 24-year-old artist is currently putting the finishing touches on his upcoming full-length record, working with an A-list roster of songwriters and producers, including Jim Jonsin and Rico Love. The yet-to-be titled album is due out in 2013, and will showcase "the full scope of Sebastian’s adept musicianship and songwriting craftsmanship," according to a press release.

The pop-savvy set-up track "Take Me Higher" is a good indication of where Mikael is heading musically (and is sure to please fans from artists as diverse as Bruno Mars, Miguel, Fitz & The Tantrums and John Legend). Also, check out Mikael's very imaginative cover of Adele's "Chasing Pavements" that will give you a few more clues about Mikael's incredible talent and potential.