arjanwrites.com: Listen to Röyksopp & Susanne Sundfør 'Running To The Sea'

Listen to Röyksopp & Susanne Sundfør 'Running To The Sea' 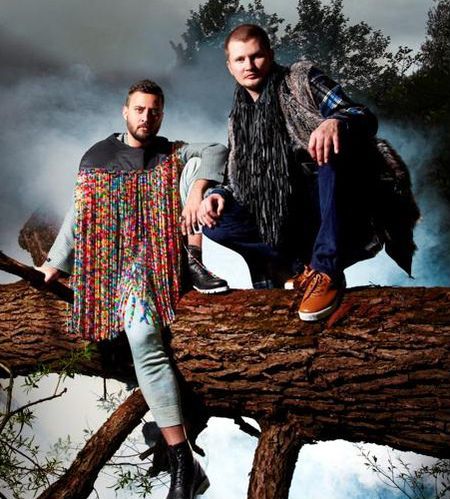 Röyksopp's exquisite new single "Running To The Sea" comes just in time to light up the dark, moody days of winter. The Norwegian duo has been holed up in the studio ever since the release of "Junior" and "Senior" in 2009 and 2010 respectively. "Running To The Sea" takes fans back to the warming ambiance and shimmering beauty that marked the introspective qualities of "Senior."

Introduced by a delicate piano riff and the angelic vocals of of Susanne Sundfør, the song slowly builds to a bright electronic soundscape that is quintessential Röyksopp. In a recent interview, the duo talks about what inspires their signature electro pop. "We were born in the late seventies and were children of the eighties," Sven and Tjorborn explain. "Obviously, growing up in Tromsψ, where we were, you live under the stars and nature is very present living above the Arctic Circle, so there was a fascination for stars and the universe combined with a fascination for movies like Star Wars or Alien."

Sven adds, "All these things are intertwined, and as a kid of that age my parents would play anything from The Bee Gees to Abba on the one side to contemporary pop, while my big brother and sister would play whatever was moving in the charts. As a child, if I listened to The Beatles and saw the cover I would automatically identify and recognise the sounds in the music with the instruments on the pictures, but electronic music was more mysterious, again, very related to space"

On a related note, songstress Susanne Sundfør is certainly not new to the music scene. She's a celebrated singer and songwriter in Norway who has released several albums including the number one album "The Sillicone Veil" that she released earlier this year. (You can download "Running To The Sea" exclusively in Royksopp's webshop.