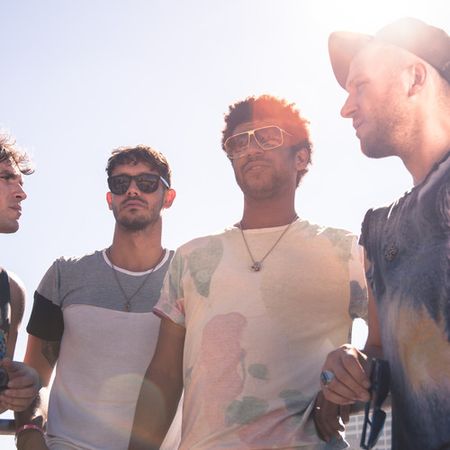 (Note from Arjan: I'm on my way to Shanghai, China on a special assignment for the next few days. ArjanWrites.com pal and pop-loving, in-house dance music expert Steven Siegel will be filling in with a couple of posts this week to get you the latest about what's hot and happening on the London scene. Updates from China soon too.)

Maybe you’ve noticed it or maybe you haven’t over the past few months my dear friends, but house music is pretty grim right now. My ears have had it up to here with the lack of originality in the scene. All the overall overreliance on sterile trance stabs and high-end percussion with blotted, punchy bass has just about run its course.

What was once a pioneering melodic house sound through the works of Axwell and Avicii has become a bland and dying genre. Don’t be fooled by the packed “raves” and club sales. The world may not realize it yet, but were about to see a huge paradigm shift in EDM. Where is EDM going? I don't really know. But ladies and gentleman, may I introduce to you Hot Natured, the project of Deep House producer extraordinaire Lee Foss and Jamie Jones.

A few weeks back, their absolute scorcher of a track, "Benediction," came across my desk and I haven’t been able to turn it off since. From the very first note of the track you can tell this is something different. There’s a certain 'je ne sais qui' about the whole thing. The in-exact tuning of the vintage synthesizers, the richness of the analogue kick drum, and the deceptively simple arrangement juxtaposed with the perfect amount of sonic balance between the various layers.

As the groovy bassline comes in and Foss and Jones add little layer after little layer, you can feel the excitement and energy building. All the various strings, echo claps, and synth riffs lead to what I believe is the true moneymaker of this track: Ali Love’s vocal. Very rarely in my life have I heard a vocal sit in the mix as nicely as Mr. Love’s vocals do here.

As Ali sings, "Feel it coming on I’ve waited for so long/Feel it come my way/ Each and every day,” the backing chords play perfectly off the rhythmic intonations of the vocal. Later, as Ali Love compels us to "keep on burning" through a glorious pre-chorus bridge, all the tension of the repeated vocal is released through an absolutely cathartic chorus. Yes, you’re hands will be in the air at this moment, but unlike in the last few years you won’t be fist pumping, you’ll be gently swaying.

Here’s the clincher with this record: it’s real. What do I mean by real? Every element of the track feels painstakingly crafted, whether it’s the crisp hi-hats and claps or the subby bass line and string stabs. Jones, Foss, Love, and co. usually fray away from the mainstream charts, but they’ve produced a song so good that British Top 40 picked up on it. Jamie Jones even wrote a Facebook post defending his position in the underground because having a Top 40 hit threatens his credibility. Well, sorry to tell you this gentleman, but you just composed a house classic and the plebeians are gonna dig it whether you want them to or not.