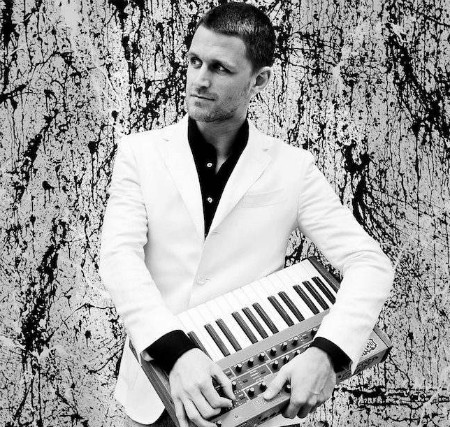 Will.i.am's collaboration with Britney Spears on 'Scream & Shout' is holding steady on top of the the iTunes singles chart in the U.S. and the track is shaping up to be a massive global smash that is going to stick around for a long while. Its not only another big accomplishment for superstars will.i.am and Britney Spears, the single's success is also a huge milestone achievement for young up and comer Lazy Jay (aka Jef Martens) who entirely produced the track along with his brother Toon. The Belgian brother duo was first noted in 2011 after producing Azealia Bank's breakthrough tune, "212."

Martens called into the Dutch pop radio station 3FM last week to talk a little more about how his tune with will.i.am and Britney Spears came about."One night I was just working in my home studio in Holland and I received a phone call from a 310 area code and I wasn't sure who it was," Martens remembers. "When I picked up, it was will.i.am. I couldn't believe it. He said, 'Hi, it's will.i.am from the Black Eyed Peas, I've heard some of your stuff and I think it's really dope and I want to make record with you and Britney Spears. Is that okay'?' Of course, I said, yes. It was a surreal moment."

It turned out that will.i.am's longtime friend and collaborator Jean Baptiste (Black Eyed Peas, Madonna, Kelis, Rihanna) had passed on Martens' contact information to Will. "I was working with Baptiste on a few tracks following the success of '212' and he mentioned that to Will and one thing led to another," Martens explains.

After sending ideas back and forth via email, Martens and his brother flew to Los Angeles to finish up the track with will.i.am at Hollywood's legendary Record Plant studios. "Britney wasn't in the studio with us," Martens explains. "She already cut the vocals for the track, but her manager was with us. Chris Brown and Avril Lavigne rolled by as well. It was incredible. I was like a kid in a candy store."

Martens adds, "Not a lot people always realize that will.i.am is truly a fantastic producer and so that's why I thought it was so amazing he asked us to participate." He also reveals that will.i.am was so impressed with Martens that he asked him to work on another new track with him that will be on forthcoming solo album. (Click here to download will.i.am feat. Britney Spears "Scream & Shout" on iTunes.)