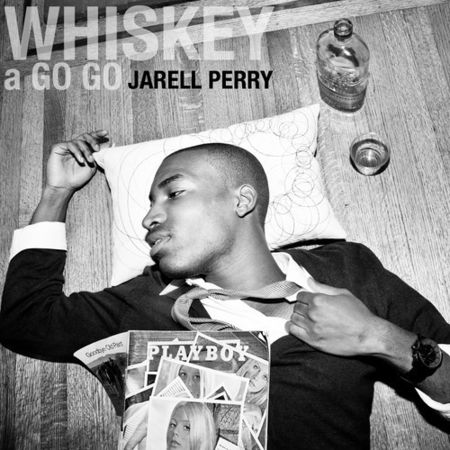 On the eve of the new year, it is a good time to peek into the future and get to know some of the most promising new artists that are likely to impact the pop scene in 2013. Jarell Perry is one of those bright new talents to keep your eyes (and ears on). I previously wrote about his collaboration with Swedish dance maestros Andalo & Blucker and I alerted you about his tune, "Awkward." This weekend, Perry unveiled "Whiskey A Go Go" that is arguably his most radio-ready artist effort to date.

Produced by Hassan Johnson, the song tells the story about heartache and "pouring a couple of rounds" trying to cope with a love lost. "Make it go/Make it all go/Go good," Perry cheers in the song's chorus, toasting to better times.

Inspired by artists ranging from Marvin Gaye to Alicia Keys and from Miike Snow to Diplo, Perry's mission is to serve up an unpredictable blend of pop and R&B. It's a sound that some may refer to as acoustic pop with an R&B flavor that is colored with a bit of electronica. But regardless of the different labels that apply, Perry's music is primarily dominated by his powerful songwriting and emotive delivery that is a powerhouse combo that hits are made of.

"Whiskey A Go Go" marks another milestone in the budding career of the young artist who started out his career writing for other people. About a year ago, Perry decided it was time to go back to his roots and perform his own songs. "I started feeling I wasn't being fulfilled anymore," he says in an interview with Kempire Radio. "I was always reaching for somebody else or doing a style of music and cater to who was going to be the next big thing. I kind had forgotten about myself and what I wanted to say."

It was familiar territory for Perry who started out singing in church and then continued pursuing music in college at UCLA. "After singing in church as a kid, I really get into writing in college," he explains. "I had a band at UCLA and we were doing shows here and there. When I graduated I decided I wanted to keep pursuing it."

Perry is currently putting the final touches on his debut LP "Simple Things" that he will release independently earlier next year. The LP also includes a collaboration with Zac Poor, another hotly-tipped up and comer, titled "Mind Over Matter." Watch this space for more information about Perry and if you're in Los Angeles make sure to see him at The Key Club in January.