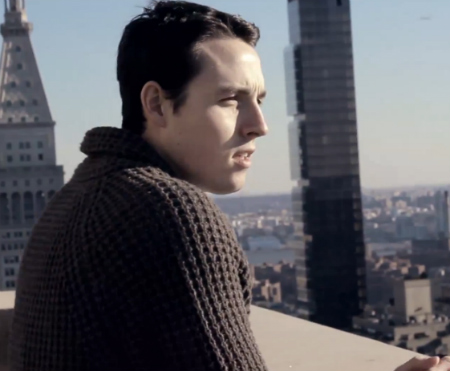 After his successful appearance as a finalist on NBC's hit show The Voice, New York crooner Collin Mcloughlin has gone right into the studio to record new music for his many new-found fans. In between his writing and recording sessions, he took some time out to revamp OnceRepublic's terrific new single and give it a unique new twist of his own.

It's not the first time McLoughlin revamps a hit song. In fact, his gut-wrenching covers of tracks like David Guetta feat. Sia "Titanium" and Swedish House Mafia's "Save The World" is what got him noticed in the first place. It's good to see that McLoughlin continues his tradition of covering others while working on original material as well. I'm sure his Voice coach Adam Levine would mightily agree with me.

McLoughlin's remake of OneRepublic's new "If I Lose Myself" perfectly accentuates the soaring and uplifting qualities of the track, and neatly fits its dreamy, morning-glory lyrics like, "I woke up with the sun/Thought of all the people, places and things I've loved."

McLoughlin writes me, "'I've been super busy producing my new EP and my side project, Tears of Tempo [Sonically] this newest cover of One Republic exemplifies the side project's sound, in the vein of acts like Adventure Club, Blackmill, Seven Lions, Rameses B. I produced it, mixed it, recorded and re arranged it in my appartment."

McLoughlin's remake starts out crisp and poignant much like Ryan Tedder's original production. But he takes it to a new place of splendor when a very gentle electro wobble (aka dream-step) kicks in around the 1:30 minute mark that gives the song a whole new life and fits his striking pop vocals perfectly. The song comes along with a video that was directed by Collin Kelly that is an atmospheric collage of scenes and sights around New York.