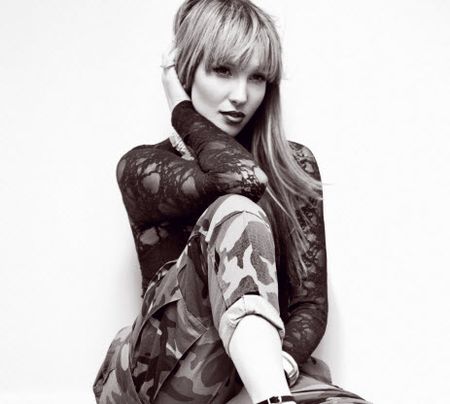 While the world is fully embracing K-Pop with the phenomenal success of Psy, Korea is looking far beyond its borders to find exciting new talent to spotlight. Point in case is Korea's new-found obsession with Canadian soul-pop crooner Georgia Murray. The singer was recently prominently featured in Elle Korea and a Korean television crew also recorded exclusive performance footage of her that was posted on the Elle Korea web site.

Recorded in Victoria City, BC, Murray performed a stirring rendition of "SRH" that perfectly showcases her incredibly gorgeous vocals. "SRH" is nothing like your run-of-the-mill soul-pop fare. The song's production includes a bit of a crunchy twist with glistening synths and vinyl scratches that add a nique flavor and vibe to the overall creation.

Murray's knack for belting out atmospheric tunes should not come as a surprise. The singer grew up at her parents' remote fishing lodge in northern British Columbia far from any big cities. After spontaneously performing a Little Mermaid tune to their diners at age 3, Georgia became the lodge’s feature performer. That led ultimately to Murray's big break when lodge patron and TV writer/producer David E. Kelley was so impressed by her performance that he wrote a part for her as a lounge singer into his show, Boston Legal.

After appearing on several Canadian television shows, Murray is currently in the studio to further tune her sound with the help of her creative partner, D Whiz and GRAMMY winning producer Chin Injet (Eminem, 50 Cent). Watch her impressive performance of "SRH" in the video below and learn more about the singer on her web site. You can download her current single, "Don't Shut Up," on iTunes.