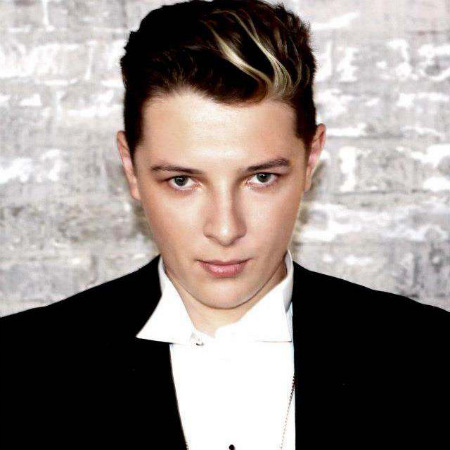 The name John Newman my not ring immediately familiar with you (yet) but dance aficionados among you will most certainly know his incredibly soulful vocals that are one of the main ingredients of Rudimental's U.K. smash "Feel The Love" and their current hit "Not Giving In" (with Alex Clare). Newman has one of those rare, stirring vocals that are instantly recognizable and flavor any type of track with a heavy dose of good 'ole soul.

Hot on the heels of his collaborations with Rudimental, Newman now introduces more of his own artist work including an unplugged rendition of new track "Stay The Night" that you can download here. Newman also recorded a stirring acoustic version of Rudimental's "Not Giving In." Backed only with a piano, Yorkshire-born Newman lays the song bare and showcases his emotive vocals that convey both strength and vulnerability.

Newman's gift for soul was inspired by by a variety of genres and styles, but there's one record in particular that left a last impression on him. "I was very much into my house music, I was deejaying and producing from a young age and it was funky house that dominated my sets and software," he explains in an interview. "At 16, I discovered an album that changed my life and music. It was Otis Redding's 'Otis Sings Soul.' Before this, the dark sides of hip hop, the strong melodies of pop and the driving piano lines in house had already taken their toll when it came to his songwriting."

Newman is currently writing and recording his debut album that will be released on Island Records. "I’ve been in the studio with some crazy successful people," John commented in a press release. "I am really pleased with what’s coming out of recording sessions and I hope you guys will be too!"