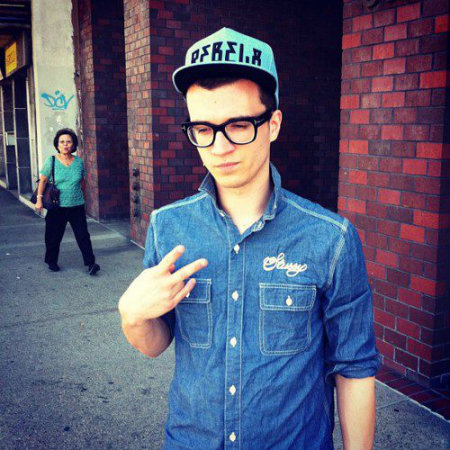 I have said this before and I will say this again (and again). Vincent Frank is one of the finest vocalists and composers on the pop scene who has the ability to capture complex emotions and turn those into timelessly hooky pop tunes. His brand-new "Shores" is a perfect example of that. It's a demo track that Frank uploaded to his SoundCloud just moments ago and is without a doubt one of the grandest ballads he has ever recorded. It's one of those rare tunes that sends spills up your spine, may invoke a tear or two and hits you right at the core.

The fact that this track is just a demo is perfect, because its "unpolished" qualities perfectly amplify its deeply emotional undertones. Raw and tender, the British singer pours out his heart and shares a very personal story about trying to cope with a love gone lost. "Baby, there's nothing we can mend/And I see your name/In every little thing that I do," he sings, supported by gorgeous piano melody. "If walls could speak, they'd be crashing down on me/Flying to the moon would have been so much easier/Than giving something like your heart to me/I'll never forget for how I treated." Powerful stuff.

This demo of "Shores" follows the release of Frank's new single "Fast As I Can" that he released to iTunes earlier this month. It's a promising comeback for the young, LA-based artist who took some time off after the release of "Do It In The AM" album in 2011 to focus on writing and producing pop for others. He also produced for hip hop artist SRH that demonstrated once again his tastes and abilities range far and wide. Good to have you back Frank! (Click here to download Frankmusik "Fast As I Can" on iTunes.)