arjanwrites.com: Listen to George Vector featuring Deborah Cox 'Remember Me (From The Ghetto)' 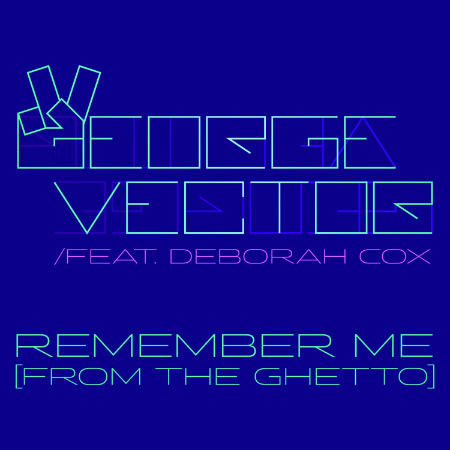 Deborah Cox rocketed to the top of the dance charts over a decade ago with her massive dancefloor anthem "Nobody's Supposed To Be Here." In fact, for more than eight years that single held the record as the longest-running number one single on Billboard's coveted Hot R&B/Hip Hop Singles chart with its impressive fourteen week stint. That track put the Canadian singer on the map and many more hit singles followed including "It's Over Now," "We Can't Be Friends" and "Same Script, Different Cast" (with Whitney Houston).

In recent years, the singer (who lives in Miami with her family) has pursued a few other artistic projects while recording music. She's is currently featured in a touring production of Broadway's Jekyll & Hyde starring opposite Constantine Maroulis in the title role and Teal Wicks as Emma. Recently, Cox also contributed vocals to Swedish House Mafia's "Leave The World Behind."

Cox also partnered with up and coming Swedish DJ and producer George Vector to collaborate on his mighty new single, "Remember Me (From The Ghetto)." The songstress adds her uplifting diva vocals to Vector's explosive house groove to create an irresistible dancefloor slammer that will without a doubt please Cox's existing fans and excite many new ones. (George Vector feat. Deborah Cox "Remember Me (From The Ghetto)" will be released on Universal Sweden later this month.)