arjanwrites.com: Listen to Betty Who 'Somebody Loves You' [Exclusive Premiere]

« A Few Words About Sia and Her Incredible Cover of Rihanna's 'Diamonds' (And Why She Deserves to Win a GRAMMY) | Main | Lazy Jay Talks Producing Will.i.am and Britney Spears New Single 'Scream & Shout' [Interview] »

Listen to Betty Who 'Somebody Loves You' [Exclusive Premiere] 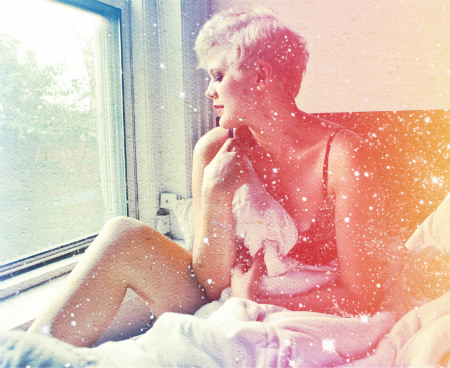 Hotly-tipped newcomer Betty Who brings on the good feelings and the good times on her poptastic new single "Somebody Loves You." The song was produced by up and comer Peter Thomas who recently also collaborated with Hoodie Allen and Neon Hitch. None other than Greg Calbi (Foster The People, Passion Pit) added some of his spit and shine to the final mastering of the track.

Born and raised in Sydney, Australia and currently living in Boston, Betty Who brings a distinct point of view to the pop scene that is inspired by everything pop. She mentions artists like Joni Mitchell, Ella Fitzgerald and Michael Jackson as some of her inspirations, but she also has a fine appreciation for the sweet and sleek pop of fellow Aussie Kylie Minogue.

Following the online success of her previous single "Fire With Fire," the massively hooky "Somebody Loves You" unveils more of Betty Who's developing brand of sunshine pop that combines splashy melodies, a dancefloor-savvy groove and her warming vocals. The song's entire production is anchored by a glorious chorus that is, quite frankly, too irresistible to be denied and will earworm itself right into your head - whether you want it or not.

Despite its feel-good and sparkly overtones, "Somebody Loves You" was initially inspired by the tragic passing of Whitney Houston on the eve of the 54th GRAMMY Awards in February. "We were writing it the week she had passed away and were feeling inspired by her," Betty tells me.

She adds, "The lyrics came really quickly following that. This song is about trying to get somebody to understand that you are totally and wholeheartedly in love with them; that you are the person who falls asleep every night thinking about them." The sentiment of the song sure is appropriate as pop fans should expect to fall madly, deeply and totally in love with Betty Who and this terrrific new "Somebody Loves You." (Betty Who "Somebody Loves You" is available for download on SoundCloud and her Facebook Page tomorrow)