Album Review: Zedd Serves Up Perfect Fusion of Pop and Dance on 'Clarity' 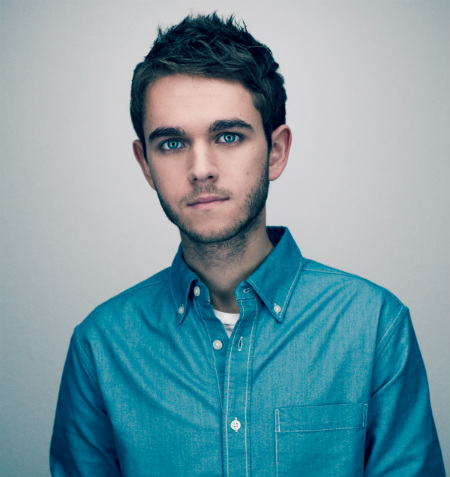 Zedd's highly-anticipated debut LP 'Clarity' is without a doubt one of the most exciting and formidable dance records of the year. With EDM and dance music developing in so many different directions, Zedd (born Anton Zaslavski) puts forth a distinct sound on "Clarity" that converges on the bleeding edge of pop and dance. By combining genre-pushing grooves with soaring melodies, the German DJ/producer manages to satisfy the cravings of dance aficionados, but also serves up a radio-ready sound that can easily be embraced by mainstream pop lovers.

Zedd's penchant for high-grade pop should not come as a big surprise given some of his recent milestone achievements. He worked with none other than Swedish pop icon Max Martin on a track for Justin Bieber, helped mold the sound for rising chart sensation Eva Simons and bonded with pop troubadour Matthew Koma with whom he shares a similar love for melody.

In a recent interview, Zedd (who is a classically trained pianist) talked more about working with Max Martin. "It was incredible because we had the same vision for [Justin Bieber 'Beaty And A Beat']," he explained. "I don’t think I've ever worked with someone that had that much of the same opinion on a song as Max, so it was really easy and fun working with him."

"Clarity" shows off Zedd's passion for pop with a slew of impressive collaborations. The album starts out on a moody note with the introverted "Hourglass" that features newcomer Liz who adds an atmospheric indie twist to the song. Zedd turns up the energy with the peppy "Shave It Up" that was first released as a single late 2011 and has been a fan fave since. The song neatly showcases the DJ's savvy soundboard skills with his signature micro-synth technique that seamlessly bounces from hard-edged dancefloors drops to finely-tuned melodic riffs.

"Shave It Up" leads into "Spectrum," Zedd's chart-topping collaboration with Matthew Koma who also performs lead vocals on the track. The tune is Zedd's first big claim to fame that topped the Billboard Dance Club Chart and is currently storming up the pop charts all across Europe. OneRepublic frontman Ryan Tedder adds some of his hit-making magic to "Lost At Sea" that is dominated by Zedd's music box-esque synths and Tedder's pitch-perfect pop vocals.

Rising alt-pop songstress Foxes (who we just covered last week) is getting a firm push forward performing the beautifully-crafted title track "Clarity." In many ways, that song encapsulates Zedd's crystal-clear vison and the dance-pop brilliance of the entire album with its powerful melody, gently pulsing dance beats and fitting vocal feature. Zedd also invited none other than Ellie Goulding to sing lead vocals on "Fall Into The Sky" that results in an appropriately epic (and soon to be classic) concoction that juxtaposes Goulding mesmerizing topline with the producer's searing dance production.

Zedd also shows that he knows how to crank out flaming progressive house on instrumental cuts like "Codec," "Epos," his new single "Stache" and "Follow You Down" that includes mind-altering trance moments that are sure to fire up the dancefloor and fit right alongside the works of trance masters like Armin van Buuren and Paul van Dyk.

"Clarity" is a triumphant effort that demonstrates Zedd's uncanny ability to push dance music further into the mainstream while giving pop lovers plenty of exciting new music to chew on. The album is a perfect fusion of dance and pop that many strive for but only a few end up doing well.("Clarity' is available now on iTunes as a one-week exclusive before its stores everywhere on October 9.)