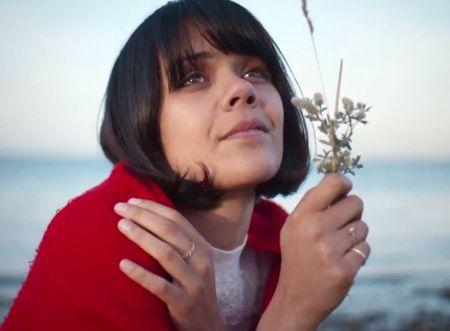 The next best thing to enjoying music is to learn how the music came about. Hearing what inspired a song, album, performance or music video, and understanding the context that it was created in, serves up a powerful new dimension that adds to the significance of a musical project. That's exactly the reason why I launched my ARTIST#TALK interview series as I wanted to create a platform for artists to share those stories and not be limited to trivial 140-character soundbytes to explain a process that goes a lot deeper than that.

Bat For Lashes (aka Natasha Kahn) released an incredible 15 minute video today that outlines in great detail the process and inspirations that led to the recording of her much-anticipated new album, "The Haunted Man." In fact, this EPK video is so wonderfully-directed and superbly-produced that it's a piece of art in its own right. The Making of "The Haunted Man" features spoken commentary from Kahn plus audio clips from the new album.

Directed by Charlie Targett-Adams, the video features the sights and sounds of the British coast where the songstress settled after her previous album project. The water, solitude and peaceful surroundings helped the singer/songwriter to rejuvenate her creative juices and gear up for a new artistic adventure. "After the last record, I felt a little disenchanted and empty of inspiration," she explains. "I felt the best thing to do was to stay at home in England and live by the sea."

Kahn says about her creative process, I think it is really important to follow your gut instincts and your heart when you're on the brink of making something. When you become too pragmatic you can often kill the playful and inquisitive energy that it takes to make something interesting." (Bat For Lashes "The Haunted Man" will be released on October 15. Download her new single "Laura" on iTunes now.)